Towards a sustainable economic growth

As Pakistan grapples with high inflation and political instability, these measures by the government have paved the way for the release of US$ 1.17 billion by a fund 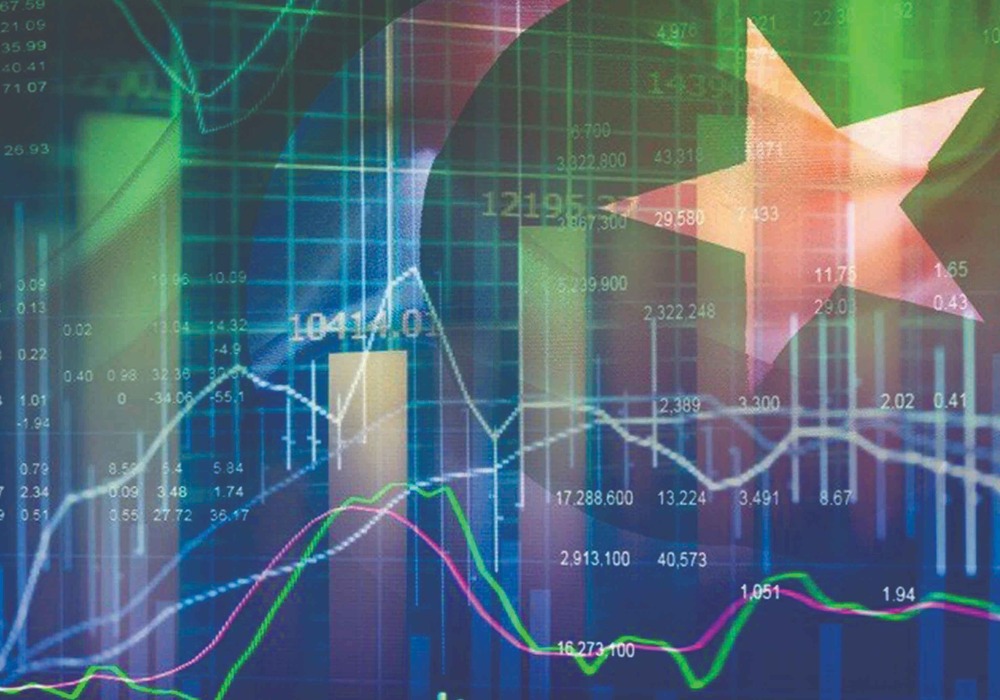 By the end of the first week of August 2022, the Pakistani rupee had depreciated by 28 percent against the US dollar since December 31, 2021 when it closed at 176.51 in the inter-bank market. This unprecedented fall of the rupee made it one of the worst performing currencies in Asia in 2022. A free fall of the rupee during this period was accompanied by a fast depletion of foreign exchange reserves of the country as its current account widened adding to the economic woes of the present government.

In order to arrest the declining reserves and reduce the demand for dollars, the government took the decision of banning some imports for controlling the plunge in the exchange rate. As a result of the import ban on certain items and lowered petroleum imports, the trade deficit of Pakistan fell 47 percent in July 2022 on a month-on-month basis to about US$ 2.6 billion. In addition to the import ban, Shahbaz Sharif also increased the prices of fuel and removed subsidies on power tariffs in order to fulfil the demands of the IMF for reviving its economic assistance program.

As Pakistan grapples with high inflation and political instability, these measures by the government have paved the way for the release of US$ 1.17 billion by the Fund. An agreement was reached between the IMF and the Pakistani government for the revival of the loan program in mid-July. Alongside this money coming into the country, more funding from some friendly countries may also flow into Pakistan.

In the short run, the decision-makers may have steered Pakistan away from an economic meltdown. What, however, needs to be done in the medium to long run must be a top priority for the country’s economic policymakers and implementers if Pakistan has to avert a major disaster for its rapidly growing population.

The current economic mess in Pakistan is the culmination of several years of fraught and short-run focused policies. Pakistan in fact needs to sustain a growth rate of at least 5.5 percent yearly for the next five years with a simultaneous cut in the population growth rate which is alarmingly high at around 2.2 percent. The economic growth rate must go up after that beyond 6 percent for several years.

Three areas will be very important for achieving and maintaining the above-mentioned growth rates. First, a comprehensive policy for reviving the SME sector of the country must be swiftly implemented. There are more than 5 million SMEs in Pakistan. In this regard, a positive step has already been taken by the State Bank of Pakistan when it called for expression of interest in March 2022 for launching a challenge fund for SMEs. This challenge fund according to the SBP documents is to spur innovations in areas such as sustainable business models that ride on the utilization of technology or other alternative delivery channels and products & services tailored for SMEs. A major goal is to encourage banks to develop innovative technological solutions to cater for the banking needs of SME sector. Besides this support needs to be provided to the SMEs for the supply of skilled manpower, machinery maintenance and infrastructural facilities.

Second, Pakistan needs to execute a carefully crafted science, technology and innovation policy. The importance of improving the competitiveness of Pakistan’s industry in the global markets can hardly be overemphasized. Over the last decades, Pakistan has lost its share in its export markets due to its uncompetitive goods. In the last seventy years, the country has had only two science, technology and innovation policies and both were not implemented properly. Nations in today’s world are competing on the basis of innovation and that cannot be achieved without having a strong science, technology and innovation policy framework. The research and knowledge infrastructure of Pakistan needs to be strongly linked to the firms and industries through a robust policy to reap maximum benefits and make Pakistan an export-oriented country for reducing its trade account deficit and earning valuable foreign exchange.

Third, Pakistan needs to make its taxation system more equitable by increasing the share of direct taxes and increasing the tax net. Indirect taxes have brought misery to the common man and the state needs to change its taxation system by putting more burden on the affluent and wealthy. Real estate must also be adequately taxed along with implementing the agricultural tax. Pakistan’s debt levels are pernicious and unsustainable. The situation can only improve if the fiscal policy is set right and the state uses its coercive power to make the taxes more equitable.

Pakistan is not a failed state nor will it become one. It has one of the most resilient and hardworking people in the world. They only need political stability and the right leader with sincere long-run focus and the ability to execute visions for reaching the pinnacle of glory.