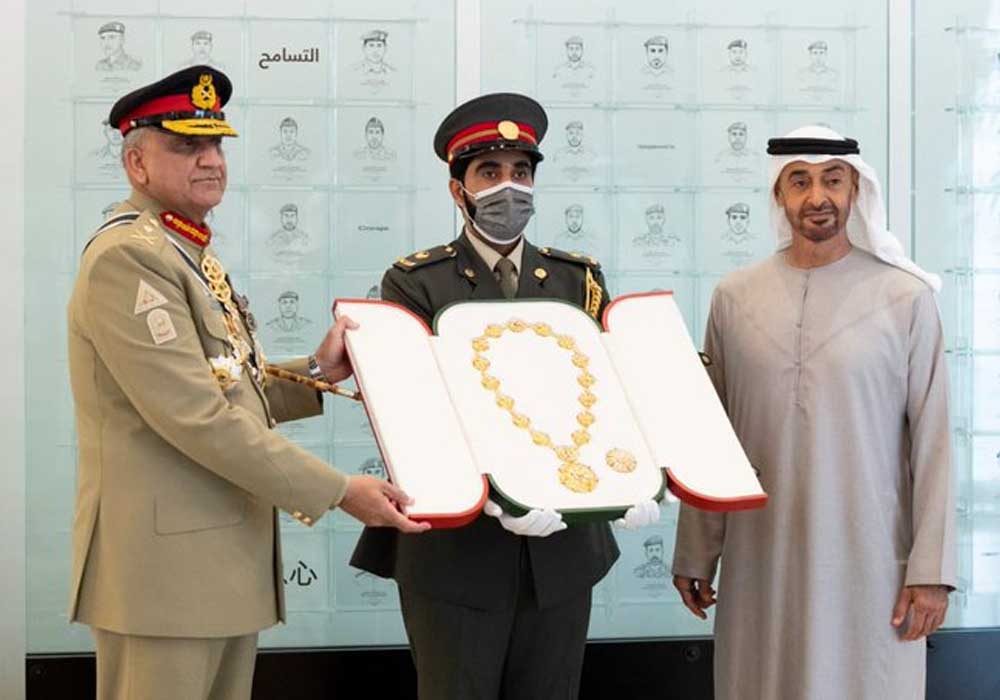 The military’s media wing added that the COAS called on H.H Sheikh Mohamed Bin Zayed Al Nahyan, president of UAE. During the meeting matters of mutual interest, bilateral defence and security cooperation and regional security situation in the Middle East came under discussion.

According to ISPR, the two leaders agreed that Pakistan and UAE share a great history of cordial relations and deep rooted spirit of brotherhood which is transforming into an enduring partnership.

COAS was awarded the Order of the Union Medal by the president of UAE for making significant contributions in furthering bilateral ties between both the countries.