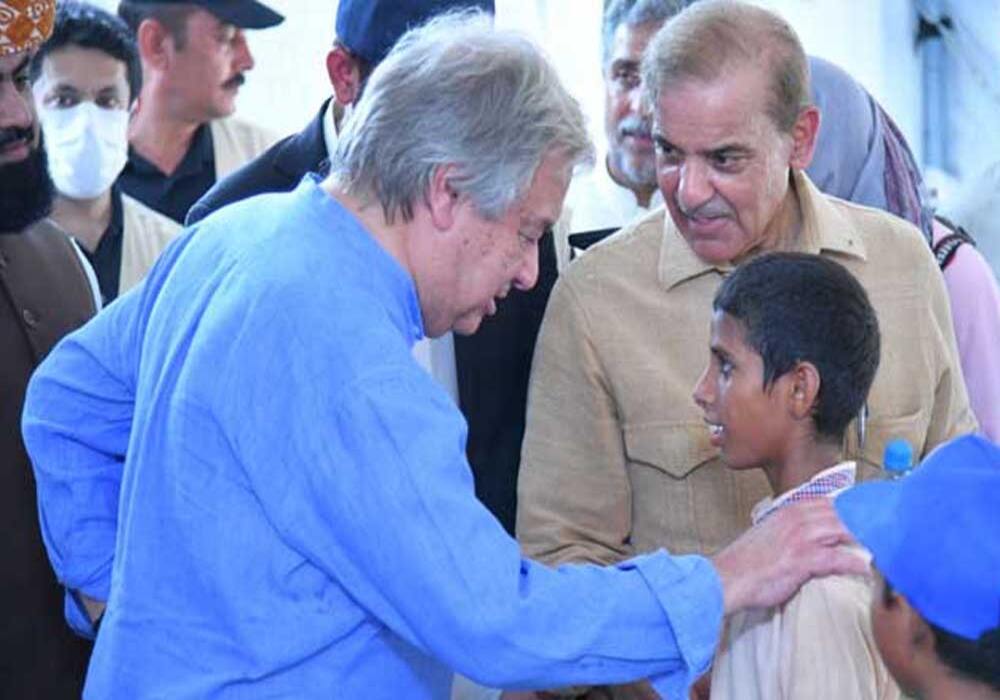 Taking to Twitter, the premier said that during his visit to the flood-affected areas and camps under scorching heat, the UN secretary-general was overwhelmed by the scale of devastation that had engulfed Pakistan. He maintained that the UN chief’s voice has become the voice of flood victims.

Stressing the need for international support to deal with the natural catastrophe and control over carbon emissions, the prime minister said that the world should pay heed to what he had said about climate change. The UN chief’s visit has been critical in raising awareness about human tragedy, he said.  “Deeply touched by his empathy and leadership. Pakistan needs global support to overcome this challenge,” he added. It may be mentioned here that Guterres left Islamabad after concluding his two-day solidarity visit to Pakistan, during which he visited flood-affected areas and stressed the need for developed nations to assist Pakistan, saying that the international body’s help was “a drop in the ocean” as compared to what was needed to rebuild.

Meanwhile, there were reports that PM Shehbaz will be visiting London and is likely to attend the funeral of United Kingdom’s Queen Elizabeth II. The premier will be leaving on a foreign tour and his first trip would be in Samarkand to attend the two-day Shanghai Cooperation Organisation moot scheduled for September 15-16.

He will then return to the country and after a gap of two days will leave for London on September 18, where he will meet political leaders. He might also join the funeral of Queen Elizabeth II during his visit. He will then travel to New York on September 19 and address the United Nations General Assembly (UNGA) session on September 23.