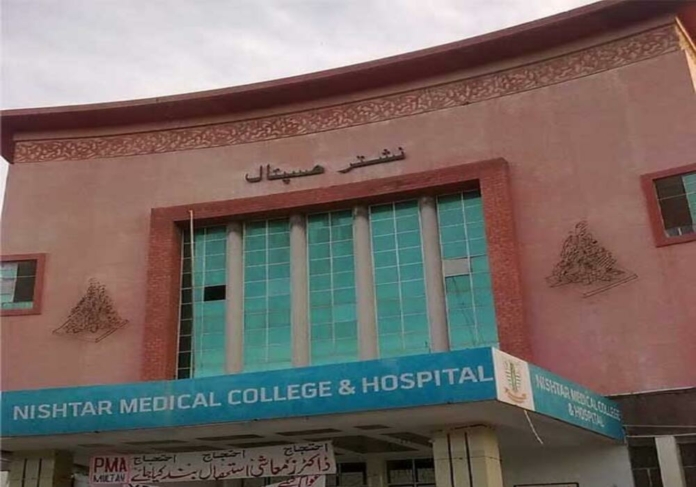 The Punjab government has said that the unclaimed bodies discovered at Multan’s Nishtar Hospital were not of missing persons and had been buried following all legal procedures.

On Wednesday, the provincial government’s confirmation followed BNP-M leader Akhtar Mengal’s fear that the bodies might belong to Balochistan’s missing people in the National Assembly the same day.

Mengal sought the formation of a judicial committee to look into the hundreds of bodies discovered on the hospital’s rooftop, which would be presided over by a prominent judge of the superior judiciary.

The Baloch leader also requested that DNA testing be performed on those bodies because he thought some of them might be missing people.

Speaking during a press conference at the Multan Press Club, Punjab Chief Minister’s Advisor Tariq Zaman Gujjar said that although they respect Akhtar Mengal, they were surprised by his comments that he believed the bodies left behind might belong to the missing people.

He claimed that the vice chancellor of the Nishtar Medical Health University and the Nishtar administration, have a thorough record of abandoned bodies and none of them is missing persons.

According to Gujjar, the district administration and the management of Nishtar Hospital turned over 58 unclaimed bodies to the local police, who buried them in cemeteries after delivering funeral prayers, in accordance with the Punjab chief minister’s directives.

Last week, news that unidentified, decomposing bodies had been discovered on the roof of Multan’s Nishtar Hospital’s mortuary horrified the whole country.

While the hospital administration laid the blame for the decomposing bodies on the medical centre’s rooftop on police and rescue personnel, the provincial government began an investigation into the incident.