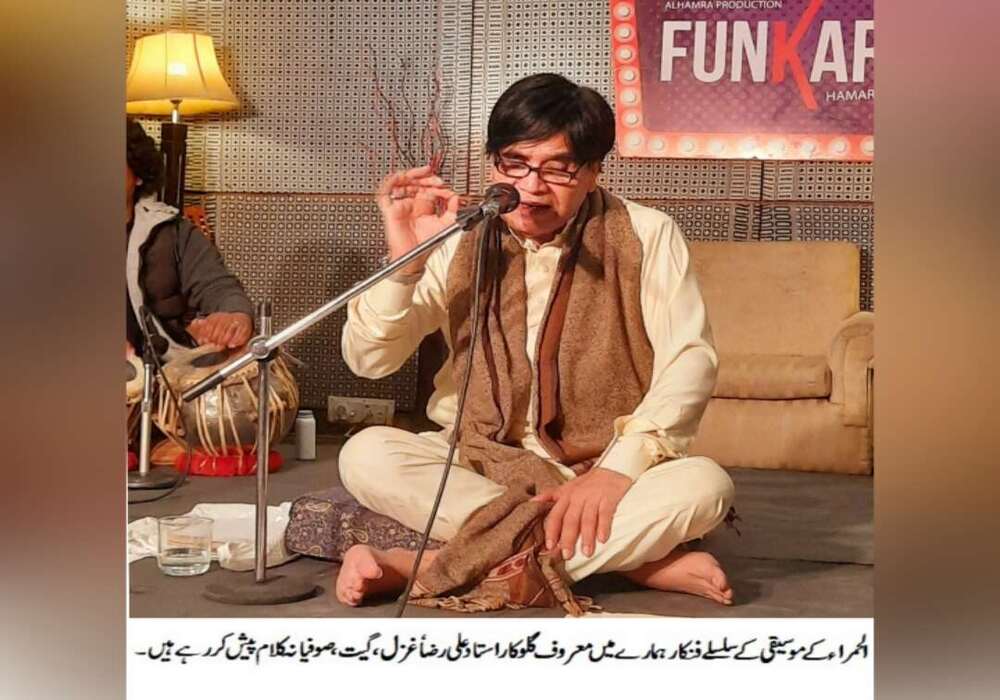 Alhamra Art Council’s third week of its weekly music series called ‘Funkar Hamare’ was held with Ustad Ali Raza making it to the stage to spellbind the listeners with his command over various genres of classical music including ghazal and sufiana kalaam. The famous classical singer marked his presence in Lahore on Wednesday, November 24, covering hits like ‘Ranjish Hi Sahi’ and ‘Honton Pe Kabhi Unke Mera Naam’.

According to Alhamra Art Council’s executive director, Ijaz Ahmad Minhas, the purpose of holding the event was to bridge the gap between classical singers and the current generation, and for people to have an idea that greats like Ustad Ali Raza still exist. He further added that through this programme, LAC pays tribute to all those artists who have and still are offering their services to the field of fine arts.

As far as the response on the entire music series is concerned, Admin Assistant Director Khuram Naveel, who also happens to be the director, Arts and Culture, stated how ‘Fankar Hamare’ is gaining a lot of appreciation from music connoisseurs.

The program was also streamed live on all social media handles of Alhamra Arts Council, Lahore.