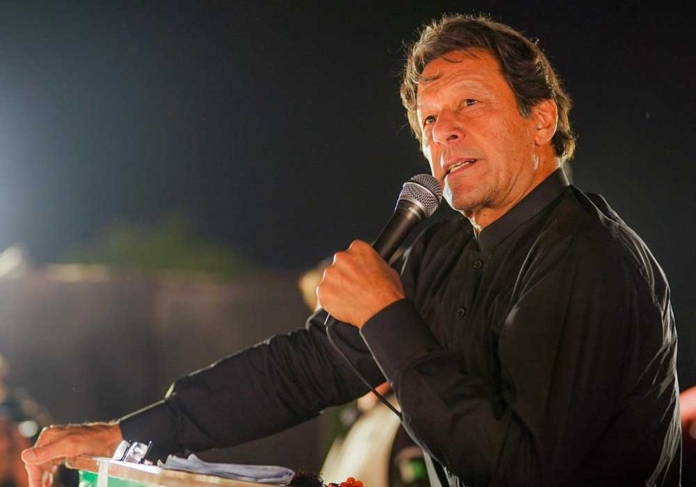 Pakistan Tehreek-e-Insaf (PTI) Chairman Imran Khan has said that his march won’t be long now and asked supported to wait for his call and that he would be at the forefront this time.

PTI Chairman and former prime minister Imran Khan, while addressing the students at Pir Mehr Ali Shah Barani University Rawalpindi, said that the thieves who were looting the country for 30 years had been imposed on the country and given a freehand while legislation was being done to get relief in corruption cases.

He said that the people were drowning in inflation while the cases of these thieves were ending every day. He further said that the chains had to be broken and freedom had to be snatched.

Imran Khan further said that he was standing in front of these thieves and every day, a new FIR was lodged against him. He said that all had decided that the nation would stand in front of the gang of thieves.

He said that a criminal has been made governor in Sindh. Referring to recently appointed Sindh Governor Kamran Tessori, he alleged that in order to get to a higher post, one needed to be a criminal.

Talking about acquittal of PM Shehbaz and his son Hamza Shehbaz in money laundering case, he said that under the weak judicial system, no one could make the big thieves accountable.