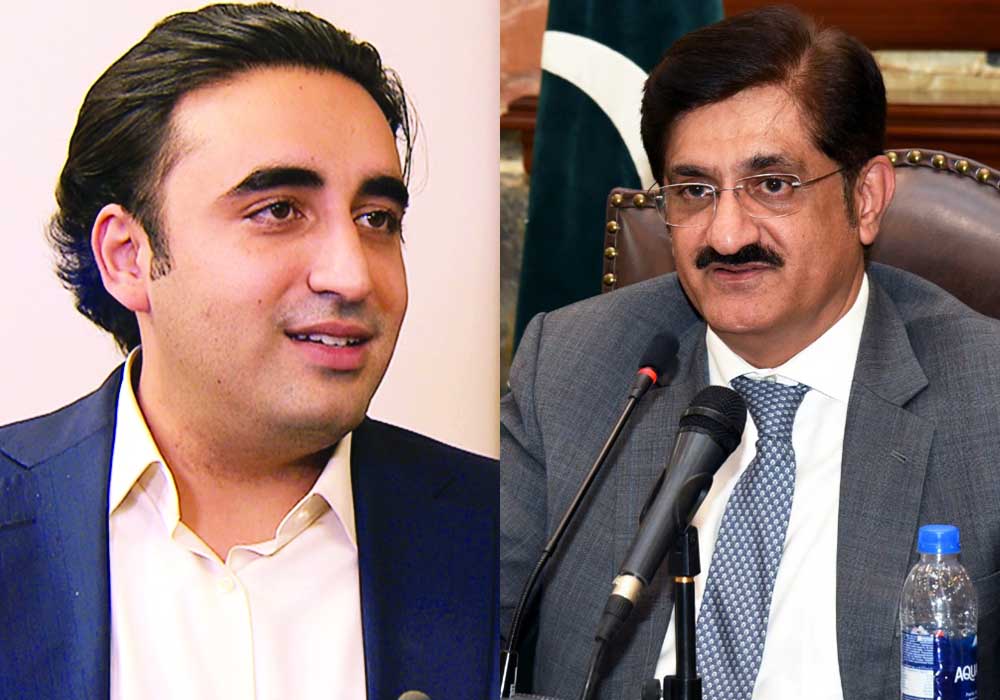 PPP Chairman Bilawal Bhutto Zardari has said that the unprecedented and prolonged five spells of monsoon rains have badly affected people in 13 districts of Sindh, therefore “our priority is to protect the affected people in the first phase and then rehabilitate them with a relief package”.

“We cannot leave them under the open skies but the provincial government must mobilize all its resources to support the affected people by providing them tents, mosquito nets, drinking water, cooked and uncooked food, healthcare faculties, and vaccination of cattle,” the PPP leader stated.

He gave these directives to Sindh Chief Minister Syed Murad Ali Shah while presiding over a special meeting to review the losses and damages caused by heavy rains and the measures taken by the provincial government here at CM House.

The chairman said that the ongoing monsoon season has submerged thousands of villages and towns in 13 districts in Sindh with a heavy downpour. “It [heavy rains] has affected and rendered thousands of people homeless, therefore their proper care is the responsibility of our government in Sindh,” he said and directed the chief minister to send the party MPAs to their constituencies for helping their people.

Shah said that the heavy rains have claimed 166 lives and injured 573. He added that according to the livestock dept 2,849 cattle have perished, 47,399 houses were damaged, including 6,489 fully and 40,910 partially damaged, and standing crops over an area of 810,683 were washed away/damaged. The CM said that 1,002 km of roads, 256 roads, 18 bridges have been damaged by the heavy rains all over Sindh. He added that his government has declared nine districts as calamity-hit areas and four more districts were in the process of being declared.

According to the CM, around 1.053 million people have been affected and 432,658 displaced. “We have set up 61 relief camps where 1,169 people have been shifted and other people were not ready to leave their homes, therefore they have been provided tents, mosquito nets, beds, and such other things through PDMA. Murad Ali Shah told the PPP chairman that as per rough estimates the rehabilitation of the affected people along with their houses and compensation for the losses of their damaged crops, shops, and repair of the damaged road network, bridges, and sewerage system would cost around Rs40 billion. He told the chairman that the provincial government has meager resources, therefore the federal government would have to come over to help his government to rehabilitate the affected people. At this, PPP Chairman Bilawal Bhutto assured the chief minister that he would talk to the prime minister to help the Sindh government.

The chairman was told that LBOD was in a precarious condition right from Sanghar, Shahdadputr up to Kaloi. It was pointed out that Mirpurkhas had received 36 hours of continuous rain on August 18. Therefore, Mirpurkhas district, Kot Ghulam Mohammad, and its adjoining areas have been affected badly. The meeting was told that the Latifabad and Qasimabad of Hyderabad have submerged, therefore dewatering machines have been installed to drain out rainwater. Jamshoro, Majhad, Sehwan taluka, Johi of Dadu, Tando Mohammad Khan, and Tando Allahyar have also been affected badly.

The Sukkur and Khairpur districts have also received heavy downpours, therefore the people of the areas, their entire date and cotton crops have been washed away. The schools in Sukkur and Khairpur were closed for the last two days. Larkana, Kambar-Shahdadkot, Shikarpur, and Kashmore have also been affected, therefore surveys of the losses and damages were being conducted there. The rain has also wreaked havoc in Nawabshah, Naushehroferoze, and Umerkot.

The chairman directed Irrigation Minister Jam Khan Shoro to keep visiting the barrages and vulnerable points of different embankments to monitor the situation. All the concerned departments such as Local Government, Irrigation, PDMA, health, livestock, and revenue department must be activated for the welfare of the people, their property, and the protection of the government assets.