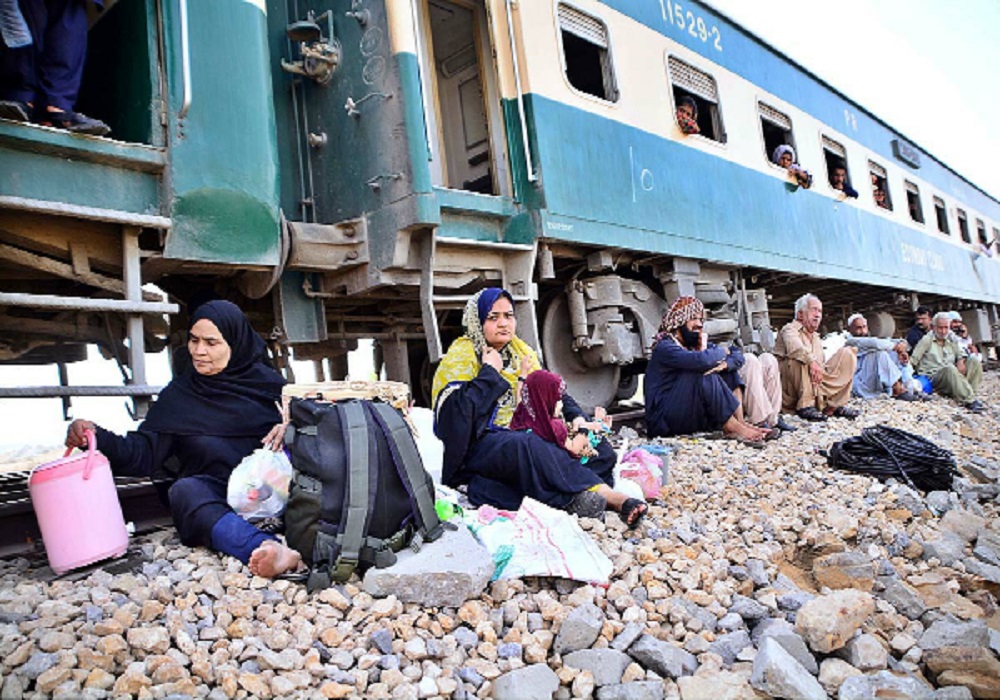 At least 10 passengers, including women and children, sustained minor injuries as the locomotive and four buggies of Karachi-bound Rehman Baba Express coming from Peshawar derailed near Meting Railway Station near Jhimpir within the territorial limits of Thatta district on Friday evening.

Thatta Deputy Commissioner Ghazanfer Ali Qadri immediately rushed to the site of incident along with his team. He provided first aid to those injured, besides shifting some of the passengers to their nearby towns.

The DC told Minute Mirror that due to the incident some 200-foot railway track had been badly affected. As a precautionary measure Punjab-bound trains have been kept stationary at Dhabeji, Quaid Abad and Kotri Railway Stations until the complete rehabilitation of the railway track and system was complete.

A team of local media revealed that a lot of passengers suffering from the heat wave were sitting under the shadows of trees on the platform. No proper steps were taken by the railways department for the immediate relief of the suffering passengers.

While filing this story, the local staff of the railways department started rehabilitation work of the railway track. However, no heavy machinery had been brought at the site to expeditiously make the rail traffic functional.