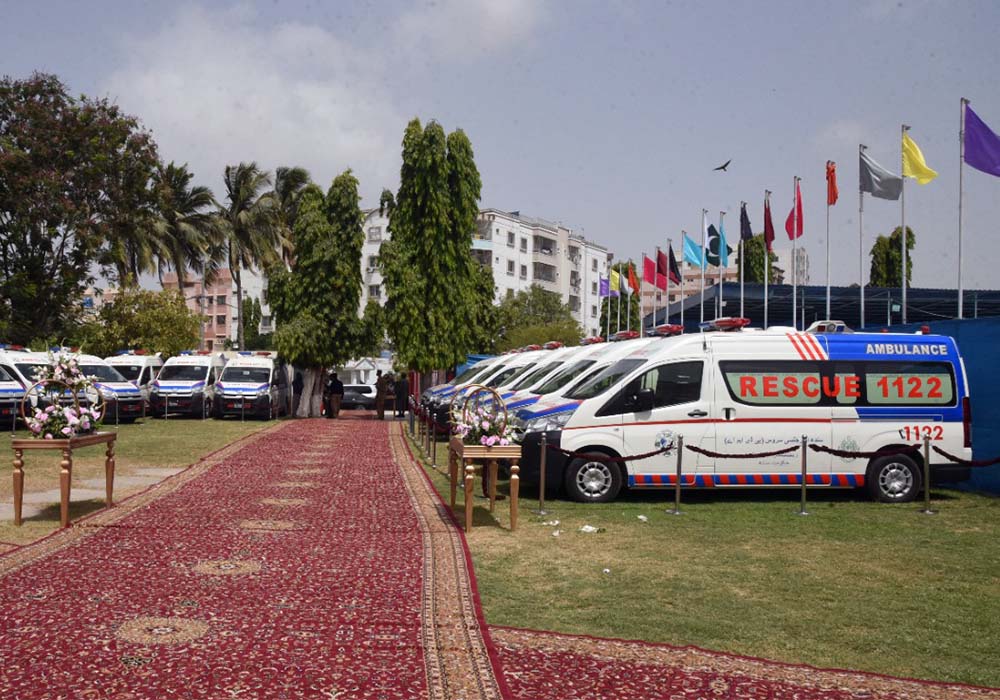 “It’s the very first-time government-owned Emergency Rescue service launched in the province.” This he said on Friday while talking to the media just after inaugurating the headquarters of Sindh Emergency Service, Rescue 1122, and its Central Command and Control at Gulshan-e-Iqbal. He was accompanied by his advisors Rasool Bux Chandio and Murtaza Wahab.

He said that the Water Rescue Service would deal with the issues of urban flooding and the plan was underway to integrate police emergency service into Rescue 1122. Shah said that the 1122 service was working in all districts of Karachi, Larkana, Thatta, Sujawal, Qambar-Shahdadkot, and Hyderabad and it would be launched in District Badin within the next two days. He added that 12 districts would be added to Sindh Emergency Service Rescue 1122.

Murad Ali Shah announced that the Rescue service would also be established on main highways after every 50 km for which locations have already been identified where work was in progress. The CM said that the first batch of 107 cadets was provided with specialized rescue training from Punjab, and another batch of 315 cadets was under training. “These are purely technical positions,” he said and added the Sindh Emergency Service Rescue-1122 was modelled after successful emergency services elsewhere in Pakistan.

He said that he himself dialled the 1122 number from his mobile phone and lodged a complaint about the fire in the Sadar area and the operator asked him the location. He added that he has advised the Central Command and Control administration to update/upgrade the 1122 Service software so that the location of the complainer could automatically start reflecting on the screen. “In this way, fake complaints could automatically be identified, and genuine complaints would be addressed at the earliest without indulging unnecessary queries with the complainer.

In reply to a question, the chief minister said that Muttahida was not a coalition partner of his government, but we have developed a good working relationship. He added that MQM leaders have no issue with his government but one of them might have some reservations individually on which the media should not waste its time. To another question, Murad Ali Shah said that the Governor [of Punjab] under Article 130(7) of the constitution has the power to call the assembly session for the chief minister to take a vote of confidence. The objection made by the speaker on calling the session by the Governor was not valid.

The Sindh CM advised his counterpart in Punjab to take the vote of confidence instead of going to the court of law. He added that the chief minister has to take a vote of confidence to show his majority. Talking about law & order, the chief minister said that he had held a high-level meeting a day before and had given clear instructions to the law enforcement agencies to launch a vigorous operation against street criminals. He added that during the last two weeks some such incidents have happened the citizens have lost their lives while resisting the muggers. “The police have made some arrests and the killers would be brought to book at any cost,” he said and added that some of the habitual criminals have been released by the court for which he has directed his prosecutors to focus on investigation and made the cases strong.

To a question, Shah said that Murtaza Wahab, as an administrator of KMC, worked hard and he had no need of any official responsibility to serve the people, but he would be doing it as a party [PPP] worker. The chief minister to review the situation reached Larkana on Friday where he went to Garhi Khuda Bux Bhutto and offered Fateha on the grave of Bhuttos.