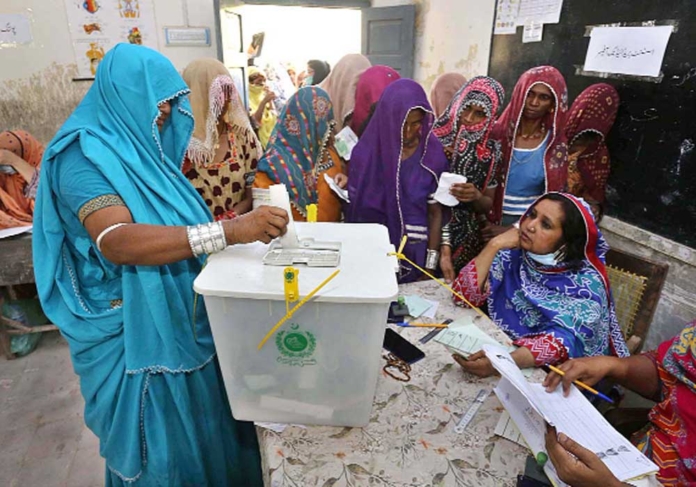 Scuffles and armed clashes among supporters of various political parties participating in the first phase of local bodies (LB) polls in 14 districts of Sindh claimed two lives and left dozens injured on Sunday.

The deaths, one each in Sanghar and Sukkur districts, were confirmed by police officials and other sources.

The deceased in Sanghar’s municipal constituency was the brother of a candidate. “I can confirm the death of Qaiser, brother of our party’s candidate Zafar Khan Gandapur, in Tando Adam town of Sanghar. Qaiser was subjected to violence, which caused his death,” claimed Mushtaq Junejo, a Pakistan Tehreek-e-Insaf (PTI) leader from Sanghar district.

The second death was reported in Sukkur’s Rohri taluka after a scuffle at Allah Jurio Jagirani polling station of UC-25. Sukkur Senior Superintendent of Police (SSP) Sanghaar Malik confirmed the death as well as injuries to four others. The deceased was identified as Abdul Qadeer Jagirani. A number of the political workers and supporters of the candidates of Grand Democratic Alliance (GDA), Jamiat Ulema-e-Islam-Fazl (JUI-F), Jamaat-e-Islami (JI), PTI and other parties, including Arba Inayat, the son of former chief minister Dr Arbab Ghulam Rahim, were tortured by their opponent at various polling stations. Five persons were injured in Veerawah area of Nagarparkar.

According to reports, ballot papers and other election material could not be supplied to staffers to conduct the process on time, and the process was badly affected at a number of polling stations in the remote villages of Chachro and Dahli talukas. In Diplo and Kaloi talukas, the process was also suspended for hours due to clashes between PPP and PTI leaders and workers. Reports of clashes were also received from Mirpur Khas, desert areas of Umerkot and Khairpur districts. Similar incidents were reported from different areas of all 14 districts of the province.

In Shaheed Benazirabad, a mob ransacked polling station No 26 set up at the Social Security dispensary. Unidentified men took away election material with them after scaling the walls of the polling station. Polling had to be stopped and a case was lodged for alleged theft of election material, including ballot papers. Nine policemen were suspended by district police chief Amir Saud Mags. Meanwhile, the JUI-F said the Election Commission of Pakistan (ECP) had failed in discharging its duties of holding peaceful elections in the first phase of LB polls in Sindh. JUI-F Sindh General Secretary Moulana Rashid Mehmood Soomro, in his reaction to the first phase of LB polls, said the process was marred by riots and rigging. The ECP failed in discharging its duties, he said, and added that the JUI-F’s polling agents in Jacobabad, Pano Aqil and Kandhkot were abducted by “PPP goons” and police officers.

On the other hand, the PPP faced major upsets in Sukkur, Larkana, Ghotki, Tharparkar and other districts. Reports from Saleh Patt town of Sukkur suggested that PPP candidates lost four out of six wards of the town committee. The joint candidates of GDA and PTI won four wards from the town, which falls within the constituency of Federal Minister and senior PPP leader Syed Khurshid Ahmed Shah. The defeat inflicted on the PPP candidate in the tiny town of Sukkur has been considered a massive upset for the PPP leadership. Reports from Dokri town of Larkana said that the joint candidates of the JUI-F and the GDA swept the town committee by defeating their rival candidates of PPP.

Reports from Naro taluka of Naro Khairpur district said that the GDA won six of the seven wards, while PPP’s Shah Mohammad was the only one to win a seat. According to unofficial results, PPP candidates also lost the elections in Tharu Shah, Kot Diji and Badah town committees, while the candidates of joint opposition won the majority seats.