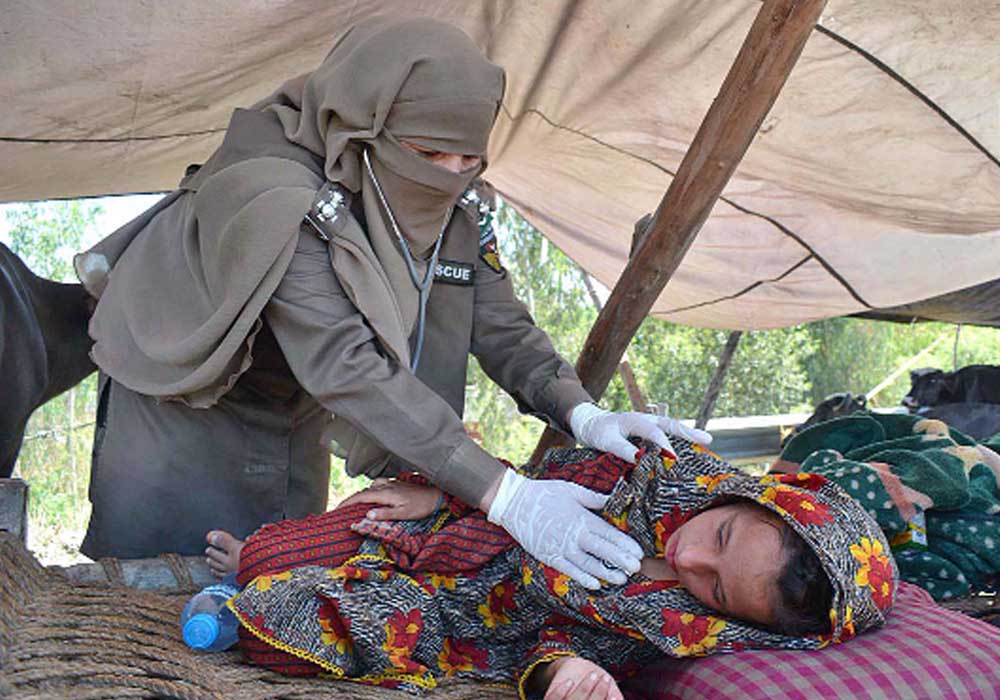 The outbreak of diseases and other incidents in flood-ravaged districts claimed the lives of at least 20 flood survivors.

According to reports collected from different worst-hit districts of Sindh, the death toll continued to claim more lives — especially of children and old who had been forced to live under open skies and drink highly contaminated water.

Health officials working in Dadu, Khairpur, Sukkur, Larkana, Badin, Kashmore-Kandhkot, Qambar-Shahdadkot, Sanghar, Mirpurkhas and other ravaged districts confirmed the deaths of 20 people who died after suffering from gastro, diarrhoea and other water-borne diseases. Moreover, several hundred suffering from dengue fever, malaria, skin diseases and other health complications were treated at health units and medical camps established by the Sindh government and various other welfare organizations. On Monday, five deaths were reported from Badin district, followed by Dadu and Khairpur with four deaths each. Two children, meanwhile, drowned in rainwater near Kandhkot town when they fell in a pit filled with rainwater. A girl died while three other families sustained injuries in the Badha area of Larkana.

Health officials, who have so far confirmed the deaths of 780 people since July 1, added that 3.24 million people across the province were only provided with medical help in their facilities. They mentioned that, so far, as many as 3,711 displaced pregnant women had given birth to their babies in the relief camps, and all were provided with the required medicines and nutrients to fight prevalent conditions.

Health experts and activists of national and international organizations have warned of more disastrous conditions in the coming weeks and months in flooded areas where floodwaters might take months to recede.

Reports from Dadu said there were no chances of the resumption of traffic flows on the battered and flooded highway in the coming three to four months. The people in most areas have been let to the mercy of boatmen for transportation.

The rail track of over 14 kilometres in Naushahro Feroze district was still under deep waters, making it hard for the department to resume train service from Karachi to Sukkur by next week as was promised by officials of the department on Friday.