Another 106 contract dengue virus in Punjab 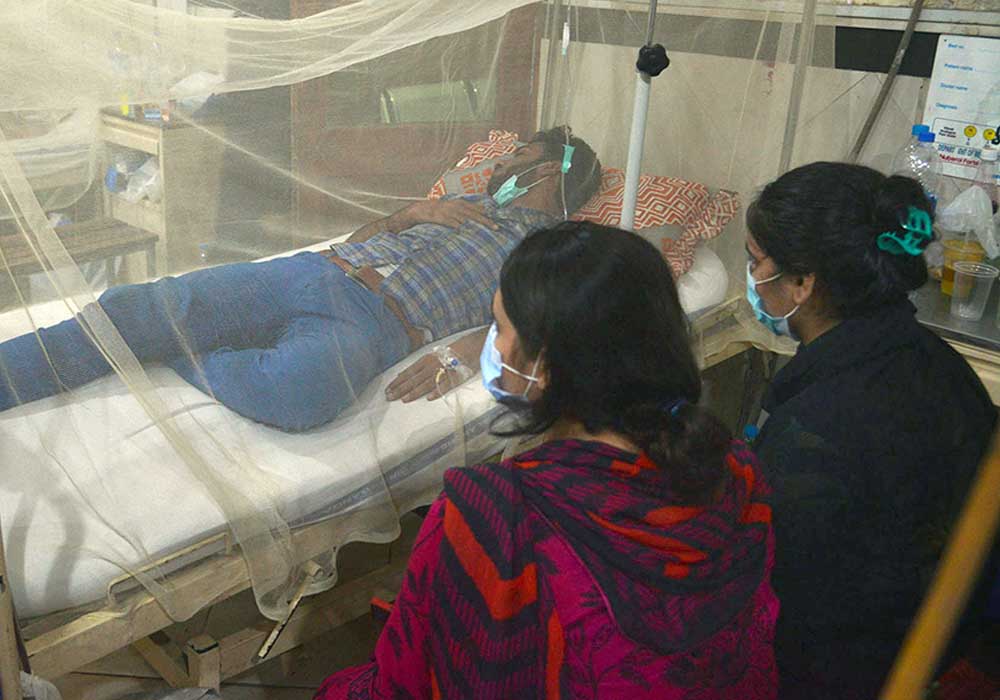 Punjab Primary and Secondary Healthcare Department (P&SHD) Secretary Imran Sikanadar said on Monday that 106 new dengue cases were reported in the province during the last 24 hours.

In a statement, he said that 43 dengue cases were reported in Rawalpindi, 30 in Lahore, nine in Gujranwala, six in Multan, three each in Nankana Sahib and Pakpattan, two each in Kasur and Vehari, one each in Faisalabad, Attock, Gujrat, Bahawalpur, Bahawalnagar, Chakwal, Lodhran and Jhang during the last 24 hours. He said that a total of 2,278 dengue cases had been reported so far during the current year, while four people died of the virus. The P&SHD secretary said that 588 patients were under treatment in different hospitals of the province.

The secretary urged the people to adopt precautionary measures and keep their environment clean and dry to protect themselves from dengue.

Giving details about the cases in Rawalpindi, District Coordinator Epidemics Prevention and Control (DCEPC) Dr Sajjad Mehmood said that among the new cases, 25 patients had arrived from Potohar Town, four from Rawalpindi Cantonment, three from Chaklala Cantonment, two from Municipal Corporation and one each from Kahutta and Potohar rural area.

“Presently, 178 patients were admitted to three allied hospitals of the city, including 67 to the District Headquarters Hospital, 57 to the Benazir Bhutto Hospital (BBH) and 54 to the Holy Family Hospital (HFH).

The health officer said a full-scale fumigation drive was underway in different localities mainly where dengue larvae had been found. He said the prevailing weather was suitable for breeding dengue larvae and asked the officials concerned to remove stagnant water from outdoor and household settings.

Meanwhile, Punjab Chief Secretary Ali Afzal has directed all deputy commissioners to speed up action against those violating dengue SOPs.

He gave this directive while presiding over a meeting to review the measures being taken to control dengue spread in the province. The meeting was held at the Civil Secretariat.

The additional chief secretary, administrative secretaries of various departments and officers concerned attended the meeting while all divisional commissioners and deputy commissioners participated through video links.

Addressing the meeting, the chief secretary said that no leniency should be shown over violation of dengue SOPs and action should be expedited in high risk districts, especially Rawalpindi.

He added that special attention should be paid to indoor and outdoor surveillance in this regard. He mentioned that continuity of collective efforts against dengue is a must to overcome the disease.

Briefing the meeting, the primary health secretary said that 107 persons were arrested and 712 cases were registered in different cities during one week over violation of dengue SOPs.

Separately, a health expert on Monday appealed to the government, NGOs and local philanthropists to donate mosquito nets for the flood victims and take appropriate steps for the prevention of dengue.

Talking to a private news channel, Dr Saeed Khan said that people in the flooded areas of Sindh, Balochistan, southern Punjab and Khyber Pakhtunkhwa were likely to contract diarrhea, cholera, gastroenteritis, typhoid and vector-borne diseases like dengue. He said that a full-scale fumigation drive was the need of the hour.