Another 34 dead as flood victims hit by diseases 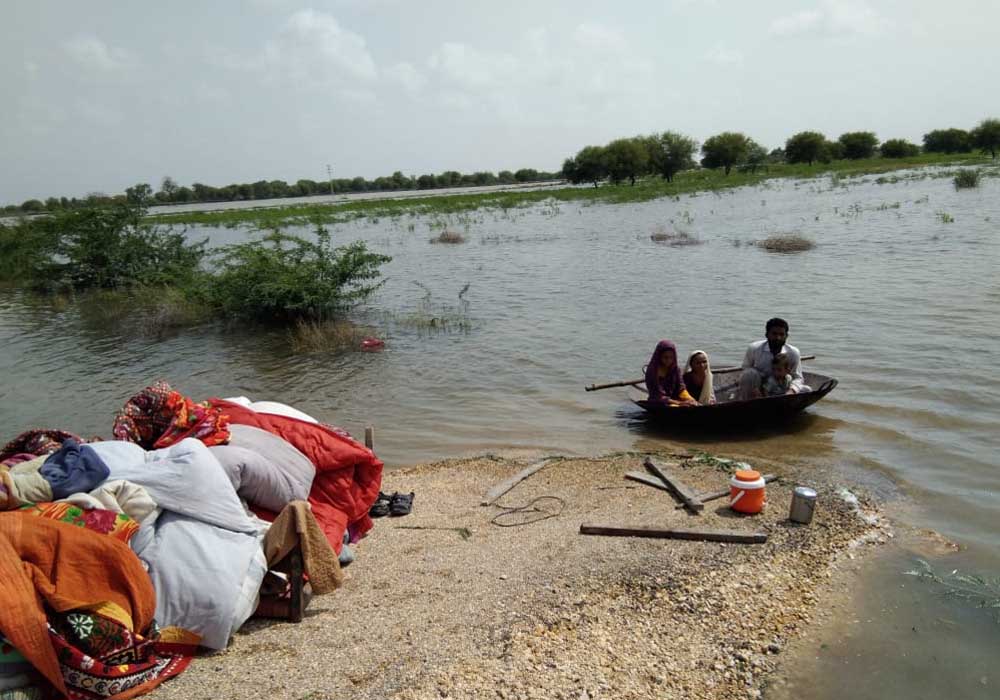 With another 34 deaths during the past 24 hours, the death toll from catastrophic floods
crossed 1,500 on Friday, as thousands of displaced citizens in Sindh — where floodwaters and hill torrents have converged after wreaking havoc elsewhere in the country — were treated for infectious and waterborne diseases.

In a report issued on Friday, the Sindh Directorate General Health Services said 92,797 citizens were treated on September 15 (Thursday). Of these, 588 were confirmed to have malaria with another 10,604 cases.

Government data and UNICEF said children and women were becoming more vulnerable as
tens of thousands of people suffering from infectious and waterborne diseases after devastating floods.

As flood waters begin to drain away, which officials say may take two to six months in different areas, the flooded regions have become infested with diseases, including malaria, dengue fever and diarrhoea, the Sindh government said in a report on Friday.

“Children [are] getting malaria and diarrhoea … all kinds of diseases,” he said, adding that
“millions of people are living under open.”

The Sindh report said more than 90,000 people were treated on Thursday alone in the
province, which has been the hardest hit by the cataclysmic floods. It confirmed 588 malaria cases with another 10,604 suspected cases, in addition to the 17,977 diarrhoea and 20,064 skin disease cases reported on Thursday. A total of 2.3 million patients have been treated since July 1 in the field and mobile hospitals set up in the flooded region.

Record monsoon rains in the south and southwest parts of the country and glacial melt in northern areas triggered the flooding that has impacted nearly 33 million people in Pakistan, sweeping away homes, crops, bridges, roads and livestock in damages estimated at $30 billion.

The losses will slash the country’s GDP growth to around 3% from the estimated target of 5% set out in the budget at a time when it had narrowly escaped defaulting on its debt amid a balance of payment crisis.

Pakistan was already reeling from economic blows when the floods hit, with its foreign reserves falling to as low as one month&#39;s worth of imports. The economy has yet to show any positive response to Islamabad resuming an International Monetary Fund (IMF) programme that had been delayed since early this year. The rupee has been tumbling and inflation has topped 27%.

The National Disaster Management Authority (NDMA) has reported 1,508 deaths due to the
floods so far, including 536 children and 308 women. Hundreds of thousands of people who have been displaced are in dire need of food, shelter, clean drinking water, toilets and medicines.

Many have been sleeping in the open by the side of elevated highways. “I have been in flood-affected areas for the past two days. The situation for families is beyond bleak, and the stories I heard paint a desperate picture,” said Abdullah Fadil, a UNICEF representative in Pakistan.

“All of us on the ground see malnourished children battling diarrhoea and malaria, dengue
fever, and many with painful skin conditions,” he said in a statement.

He said a lot of the mothers were anaemic and malnourished themselves, and with very low- weight babies that are exhausted or ill and unable to breastfeed.