Ashura to be commemorated across country today

Mobile services to be suspended 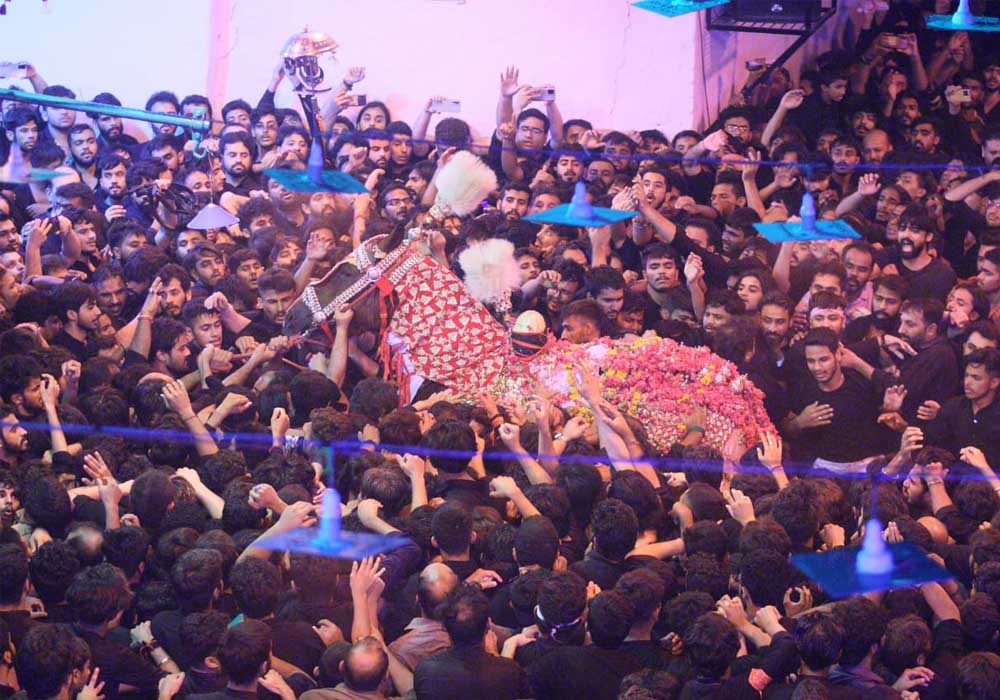 Youm-e-Ashura, the martyrdom day of Imam Hussain (AS), his family and devoted companions will be commemorated across the country today (Tuesday) with the pledge to pay homage to the supreme sacrifice rendered by the grandson of Prophet Muhammad (PBUH) in Karbala.

Mourning processions would be taken out in all the cities and towns of the country. Strict security measures have been taken by the local managements of different cities with some road closures in place to prevent any untoward incident. Law enforcers, including police, Rangers, FC and others have been deployed along the procession routes. The azadars (mourners) would pay glowing tributes to the sacrifices offered by Imam Hussain (AS) and his companions for the supremacy of Islam.

Ulema and zakireen would highlight the teachings of Hussain (AS) and various aspects of Karbala tragedy. Medical camps, sabeels and stalls have been arranged to provide assistance to the participants. Mobile phone services have been partially suspended as a security measure in different cities. In Islamabad, over 613 policemen would be deployed at various processions’ routes to prevent inconvenience to road users. Nearly 965 majalis and 181 mourning processions would be taken out from Islamabad Capital Territory (ICT).

As part of the security arrangements, the administration has blocked the routes by erecting containers and other obstacles, including barbed wire, on the procession routes. The central areas have been sealed off from all sides, with visitors being allowed to enter after passing through the walk-through gate. A three-layer security cover would be provided to the main procession besides deployment of Quick Response Force (QRF).

The Muharram 9 mourning processions taken out across the country on Monday concluded amid strict security arrangements, with mobile phone services suspended in some areas. The Sindh government last week imposed a ban on the use of helicams or drones for video recording by media channels during processions and majalis from Muharram 8 to 10. Peshawar police cited serious security threats to processions. However, they said all-out measures have been taken to ensure complete security cover to the procession.