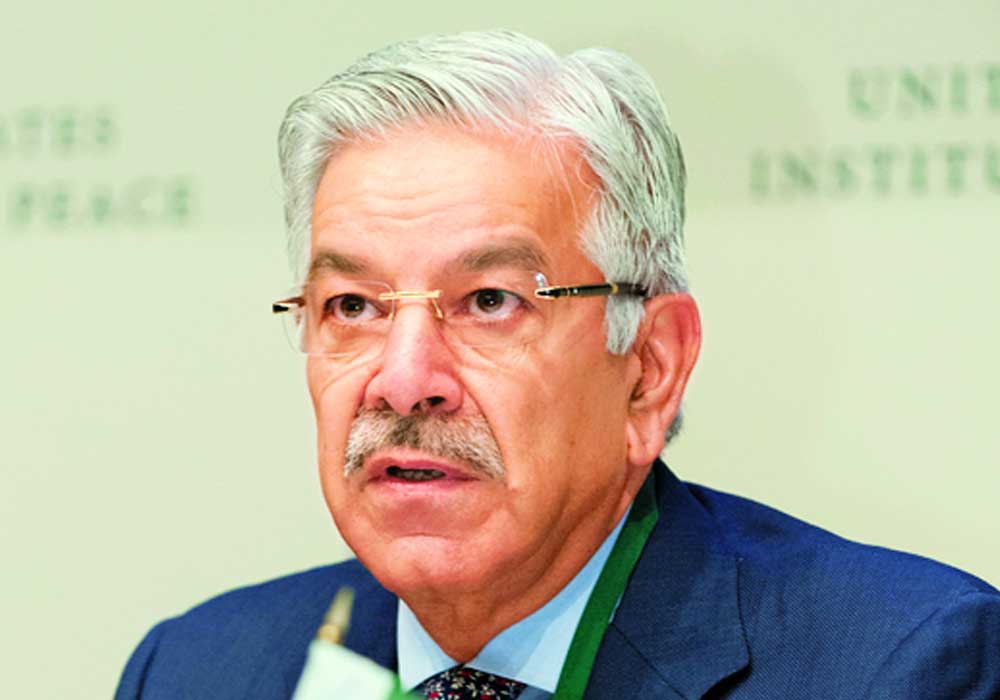 Defence Minister Khawaja Asif on Monday asserted that Afghanistan has apologised over ‘unprovoked and indiscriminate’ firing by Afghan Border Forces in Balochistan’s Chaman district, which resulted in martyrdom of eight civilians.

Speaking on the floor of the National Assembly (NA), the defence minister said that during a border security committee meeting, the Afghan side accepted mistake of its Border Forces and assured that such an incident will not occur again.

Detailing the incident, he noted that first firing was carried out during the repair of the fence on the border. “Later, the Afghan forces attacked with heavy artilleries,” he added, which resulted in martyrdom of eight civilians.

Resorting to unprovoked firing, Khawaja Asif said, Pakistani armed forces targeted the Afghan post, which resulted in the killings of their soldiers.

Asif maintained that Pakistan was a well-wisher of Afghanistan and desires resolution of their internal matters. “We will continue to extend cooperation for peace and stability in Afghanistan,” he said, adding that this will open vistas of economic and trade cooperation in the region.

Regarding the recent visit of Minister of State for Foreign Affairs Hina Rabbani Khar to Kabul for talks, the defence minister said it was a ‘proud moment’ for Pakistan. “Hina Rabbani’s visit to Kabul is a symbolic one,” he added.

He noted that no objection was raised from Afghan leadership on Khar’s visit to Kabul, adding that the Afghan leaders held talks with the minister of state. “Performance should be judged instead of gender,” he pointed out. A day earlier, at least six civilians embraced martyrdom and 17 others sustained injuries due to ‘unprovoked and indiscriminate’ firing by Afghan border forces in Chaman, the Inter-Services Public Relations (ISPR) said. According to reports, two of the injured succumbed on Monday, raising the death toll to eight.

According to the military’s media wing, heavy weapons were used in the firing by Afghan forces on the civilian population, including artillery and mortars. “Pakistani border troops have given befitting albeit measured response against the uncalled for aggression, but avoided targeting innocent civilians in the area,” it added. The ISPR further said that Pakistan had also approached the Afghan authorities in Kabul to highlight severity of the situation and demanded strict action to obviate any such recurrence of the incident in future.

Prime Minister Shehbaz Sharif on Monday strongly condemned the unprovoked shelling and fire by the Afghan Border Forces. In a tweet, the PM termed the incident “unfortunate”, which he said, “deserves the strongest condemnation”. He stressed that the recurrence of such incidents must be avoided. “The Afghan Interim government should ensure that such incidents are not repeated,” he said.

Speaking at the floor of the National Assembly, he urged the National Accountability Bureau (NAB) and Federal Investigation Agency (FIA) to accelerate the process on resolving corruption cases sent by the PAC; otherwise, he said that he would take up the matter before the court of law to adjudicate. He also proposed the government take stern action against those elements maligning the national security institutions. He said such non-state actors should be booked under Article 6 to uphold the supremacy of national institutions.