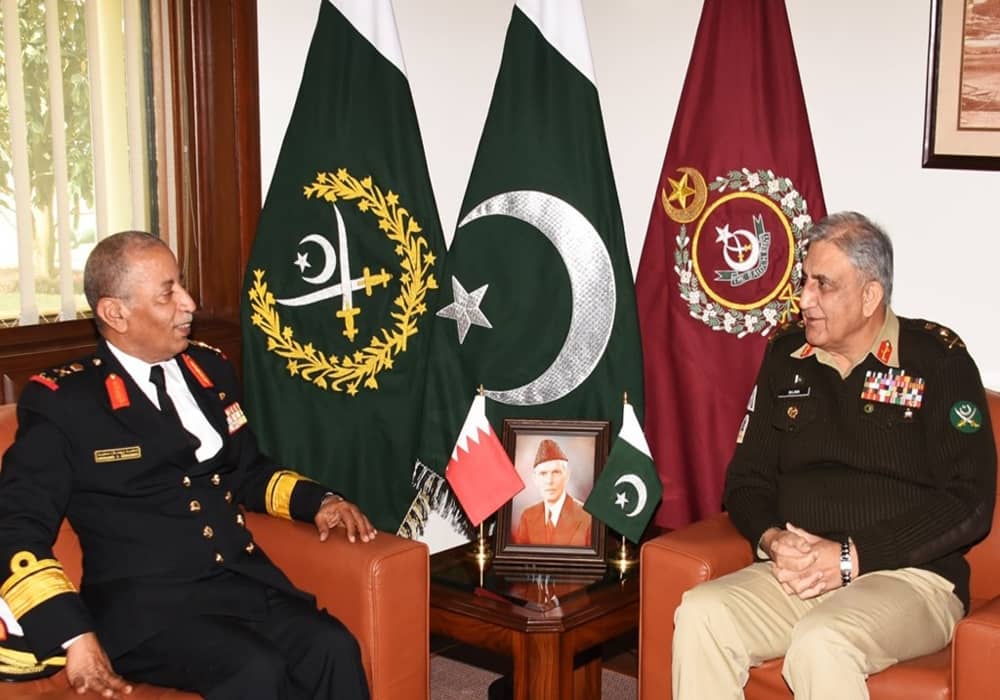 During the meeting, matters of mutual interest, current security situation in Afghanistan and bilateral cooperation in defence and security fields were discussed, said an Inter Services Public Relations (ISPR) statement.

“Pakistan desires to maintain the tradition of bilateral engagement and wish for a long-term and multi-domain enduring relationship with Bahrain,” the military’s media wing quoted the army chief as saying.

On Afghanistan, the COAS stressed the need for global convergence and sincere efforts to avert a looming humanitarian catastrophe. He underscored the importance of peace and reconciliation initiatives in Afghanistan.