PM thanks Qatari emir for humanitarian assistance for flood victims 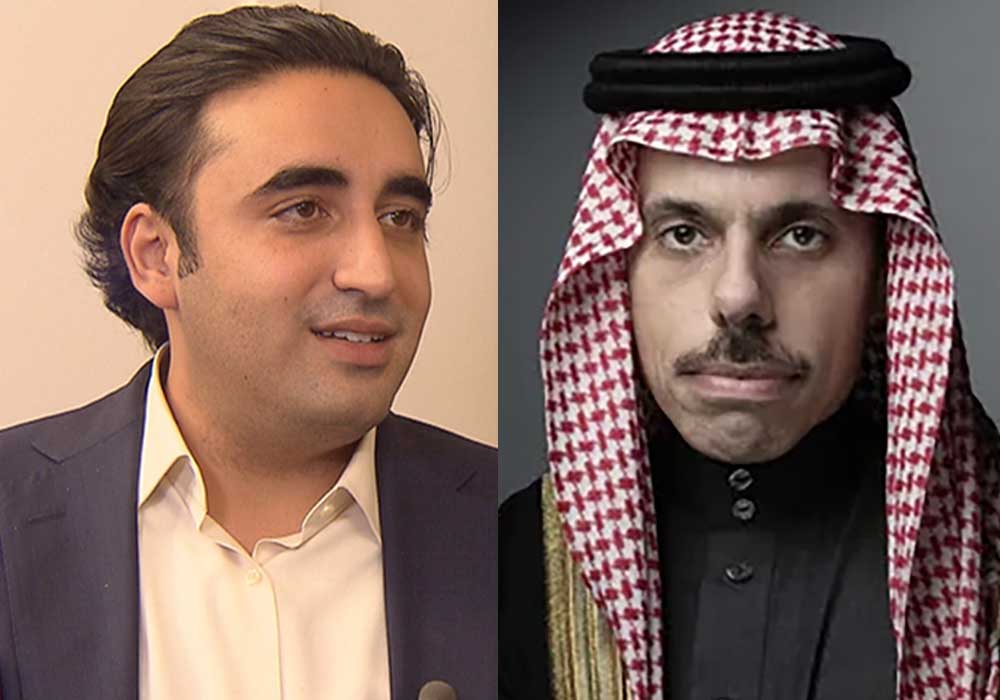 Foreign Minister Bilawal Bhutto Zardari on Friday had a telephone conversation with his Saudi counterpart Prince Faisal bin Farhan al-Saud and briefed him on the magnitude of devastation caused by floods and torrential monsoon rains in Pakistan.

“Had telephone call with @FaisalbinFarhan, briefed HH on magnitude of devastation caused by floods & torrential monsoon rains in Pakistan,” Bilawal wrote on his official Twitter handle.

He also thanked Saudi Arabia for its strong expression of solidarity and continued assistance for flood-affected people.

Meanwhile, a high-level Turkish delegation, sent by President Recep Tayyip Erdogan, reached Pakistan to express solidarity and extend support after the devastating floods in the country.

The delegation will also undertake an aerial visit of the flood-affected areas of the country.

A surge of water flowed down the Indus River on Thursday, threatening further devastation in a country already a third inundated, in a growing disaster blamed on climate change.

The Pakistan Army’s media wing, Inter-Services Public Relations (ISPR), said in a statement that 200 helicopters sorties have been flying in various areas of the country to evacuate stranded people and also transport rations and medicines. It added that 1,991 stranded individuals had been evacuated and 162.6 tonnes of relief items delivered to flood-affected people during the last 24 hours.

Meanwhile, two more flights from the United Arab Emirates (UAE) carrying food items, medical supplies and tents arrived at the Nur Khan Air Base. The flights were in continuation of the humanitarian air bridge established between Pakistan and UAE. So far, 11 such flights from the UAE with relief goods have arrived. The Foreign Office, in a statement, thanked the UAE for its assistance in the time of grave crisis.