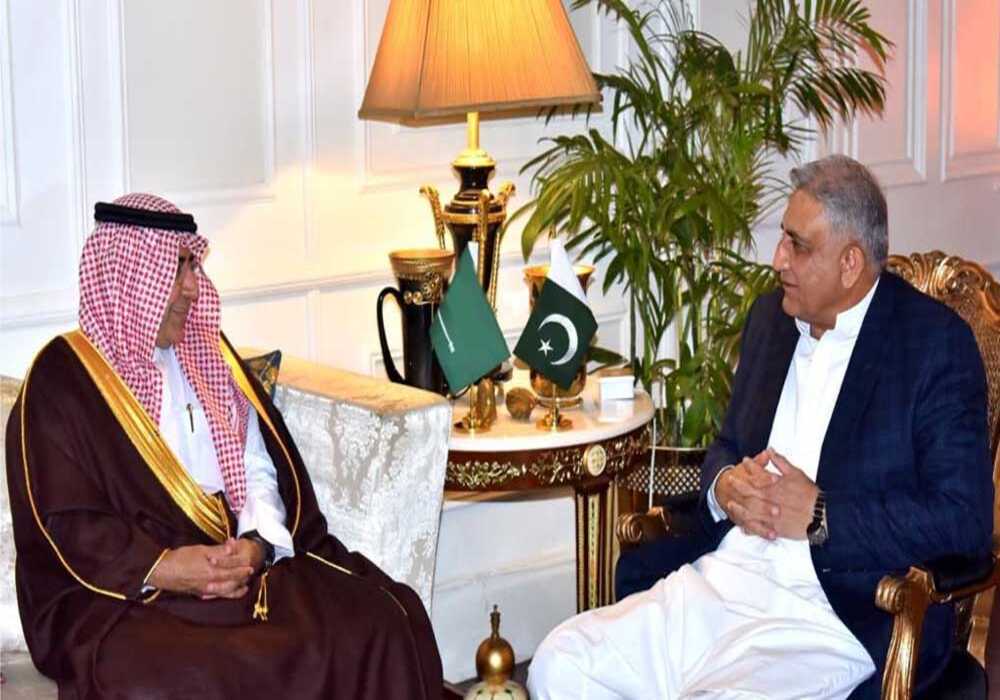 Foreign Minister Bilawal Bhutto-Zardari and Chief of Army Staff (COAS) General Qamar Javed Bajwa on Thursday thanked the United States for the assistance it offered after the recent floods in the country.

The minister and the army chief thanked the US in their separate meetings with State Department Counselor Derek H Chollet. In his meeting with the army chief, both the officials discussed “matters of mutual interests, regional security situation and bilateral cooperation in various fields”. The Inter-Services Public Relations (ISPR) quoted the army chief as saying that Pakistan wants to maintain “bilateral engagement and multi-domain enduring relationship with the United States”. Both sides also agreed upon enhancing defence and security cooperation.

According to the army’s media wing, regional security situation and bilateral cooperation in various fields were discussed during the meeting. Both sides also agreed upon enhancing defence and security cooperation. COAS thanked Chollet for USA’s support and reiterated that assistance from global partners should be vital in the relief and rehabilitation of the flood victims.

On the other hand, the visiting officials expressed their grief over the devastation caused by ongoing floods in Pakistan and offered sincere condolence to the families of the victims. They also offered USA’s support to the people of Pakistan in this hour of need. The dignitaries also appreciated Pakistan’s efforts for regional stability and also pledged to play their role in enhancing cooperation with Pakistan at all levels.

Foreign Minister Bilawal Bhutto Zardari on Thursday thanked the US government for $31.1 million in humanitarian relief assistance. He also underscored the need for the international community to step up their ambition in climate financing towards mitigation, adaptation, and resilience especially towards the developing countries. The foreign minister expressed these views during a meeting with Counselor Derek Chollet of the US Department of State who called on him.

Counselor Chollet offered heartfelt condolences to the people of Pakistan over the loss of life and devastation caused by the super floods in Pakistan, a press release issued here by the Ministry of Foreign Affairs said. While thanking the Counselor for his visit at this difficult hour, the foreign minister appreciated the strong expression of support and solidarity by the US government. He sensitized them that almost a third of Pakistan’s territory was under water. Over 1,300 had lost their lives; more than 33 million were affected; critical infrastructure had been destroyed; over 4 million acres of crops had been washed away; and close to a million livestock had already perished, he added.

The foreign minister said that, at present, the government was fully engaged in the immediate rescue and relief efforts to save lives. At the same time, the long-term impacts on food security, health, and the economy were a matter of serious concern, he said, adding, rehabilitation of the millions impacted, reconstruction, rebuilding communities and addressing the economic repercussions would require enormous resources.

The foreign minister added it was unfortunate that although Pakistan contributed less than 1% of greenhouse gas emissions, it suffered the severity of climate change. He maintained that in recent months there has been a steady momentum of engagement between Pakistan and the United States, adding, Pakistan was committed to deepen and broaden its long-standing relationship with the US based on mutual trust and mutual respect.

The foreign minister emphasized the importance of sustained cooperation in the areas of climate change, energy, health, trade and investment, education, and people-to-people links. Counselor Chollet underlined that the US was committed to supporting Pakistan in its efforts to deal with the devastation caused by the floods. He agreed with the foreign minister to reinforce ongoing engagement in various sectors and to explore more areas of cooperation to widen and strengthen this relationship. Counselor Chollet is leading an inter-agency delegation to Pakistan from

Chief Executive Officer, Transformation Management Office of Ministry of Defence, Kingdom of Saudi Arabia Dr Samir Abdulaziz Ali Tubayyab along with a delegation called on Minister for Defence Khawaja Muhammad Asif and appreciated Pakistan’s support and assistance. The Defence Minister highlighted that Pakistan attached great importance to its special and brotherly relations with Kingdom of Saudi Arabia which were based on mutual trust and wishes to expand cooperation in all fields, a news release said.