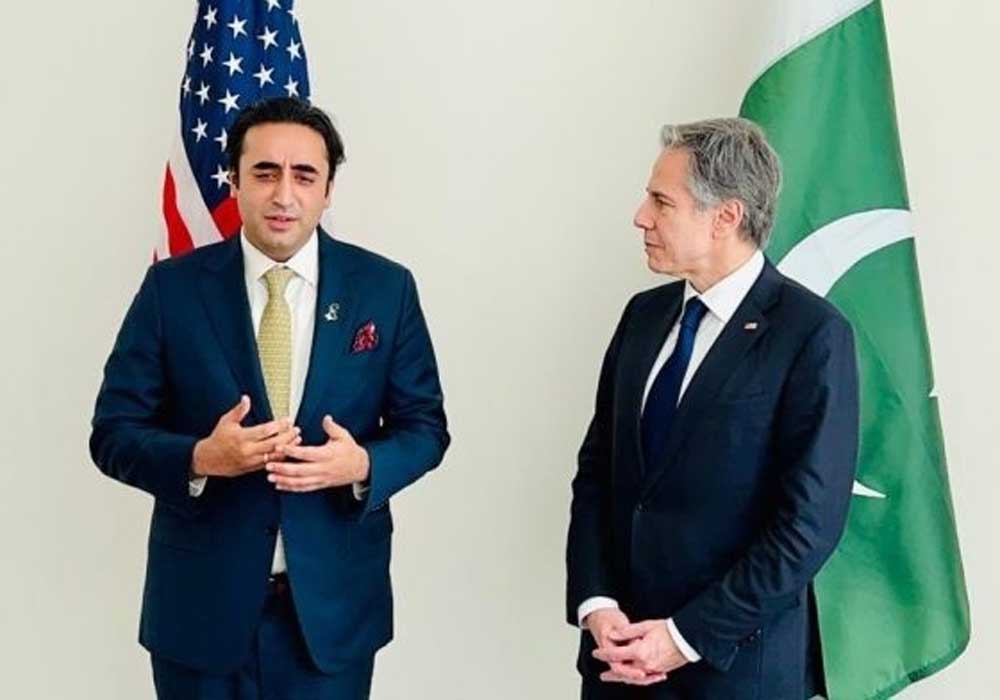 US Secretary of State Antony J. Blinken promised Pakistani Foreign Minister Bilawal Bhutto-Zardari of his sustained assistance for the country’s people as they rebuild from the most recent, devastation floods.

According to US State Department spokesman Ned Price, Secretary Blinken and FM Bhutto-Zardari emphasized the necessity for close collaboration and expressed their mutual desire for a fruitful International Conference on Climate Resilient Pakistan in January.

The secretary expressed sympathy for those who had died in recent terrorist acts and reaffirmed US support for Pakistan in its fight against terrorism.

The US State Department stated that the elimination of terrorism is a shared objective of both nations and pledged unwavering support to Pakistan in its conflict with the TTP and comparable organizations.

It also made an offer to help India and Pakistan resolve their disputes noting that both countries were important global allies and that America wanted to maintain its valued partnerships with both.