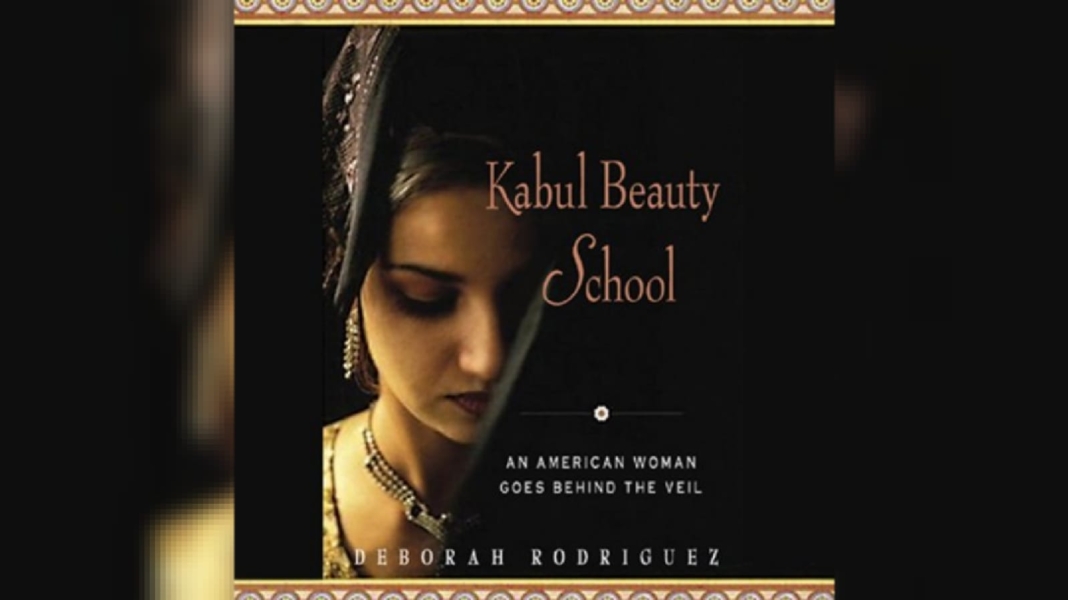 Deborah Rodriguez is a hairdresser and motivational speaker, besides being an author.

Kabul Beauty School, published in 2007, is her autobiographical account as an American woman who comes to Afghanistan with a mission to open a beauty academy for Afghan women.

Her aim is to make these women financially independent in the context of male domination. As the women train and attain expertise, they become stronger and more resilient to the brutalities they experienced at the hands of their barbaric male counterparts.

The autobiography is set in the background of the fall of Taliban rule in 2001, when Rodriguez went to Afghanistan to provide humanitarian aid to the war-torn country.

As Rodriguez settles in Kabul, she is disappointed at how worthless she has been. It is then that she sets up a beauty school in Kabul. As she proceeds with the venture, she meets with many obstacles, but manages to overcome them with a spirit and fortitude that is unmatchable.

From language barriers to cultural shocks and financial burdens, Rodriguez stands steadfast without a care for the dangers and risks involved.

Kabul Beauty School soon enough becomes a place for comfort and leisure, a kind of opportunity that the Afghan women hardly ever came across.

As Rodriguez trains these women, they form a sort of camaraderie that makes them forget all their worries and woes momentarily.

As the line between teacher and student is blurred, here comes together a group of extraordinary women who all have a story to share. As they learn the art of hair colour, perm, makeup, etc., they attain a freedom and friendship that lasts throughout their lives.

There is Roshana, a newlywed who faked her virginity on her wedding night, a twelve-year-old bride sold into marriage to pay her family’s debts, and a Taliban member’s wife who pursued her training despite her husband’s constant beatings.

All the stories point to the ruthlessness and rigidity of the Afghan men. The women are supposed to be subservient to the men and if they bear a daughter, their sin is considered so big that the husband remarries to fulfill his wish for a son and punish his former wife for making the mistake of giving birth to a female.

The men beat their wives, torture them and treat them like animals, if not worse.

As the stories spiral, the readers can literally imagine the entire scenarios before their eyes.

Although Rodriguez uses a simplistic approach to define her story yet the spontaneity and honesty with which she writes the book is remarkable.

She puts forward the Afghan culture in an all-encompassing and detailed manner. When it comes to a country’s culture, people often react to it differently than the political ambience. But it is also true that one’s art reflects the politics of its time. The desolate place is actually alive with life. Rodriguez, with warmth and humour, delves deep into the psyche of the Afghan men and women. What happens behind the burqa comes as a surprise. The burqa does not stop these women from having fun.

Similar to the Kabul Beauty School is Mohadessa’s beauty school. It is a place where women can meet in Afghanistan outside their households. A bubble of freedom and even frivolity away from the gaze of men, Mohadessa has kept her beauty salon open despite threats from Afghanistan’s new rulers.The beauty salon allows them income and moments of indulgence, as they shed their headscarves and outer garments for some time.

When the Taliban seized Kabul in mid-August this year, many women disappeared from the public spaces and were driven into private areas out of fear.  Between 1996 and 2001, there was brutal Taliban rule when women were not even allowed out of their houses unchaperoned. Under the Taliban rule, just having painted nails meant a woman could risk having her fingers cut off.

Responding in a stylized, ultra feminine rebuke to the Taliban’s looming curbs on free expression, none of the women want to tone down their look.

When the US forces ousted the Taliban in 2001, progress was made in the field of women’s education. Female literacy doubled to 30 percent but the change was largely limited to cities.

As a psychologist who treats the traumatic experience a small girl child went through as she was heading to school, she says:

‘Study if you cannot go to school. Study at home so that you become someone in the future.’

And Rodriguez is advocating the same philosophy. She wants to make the women financially independent so that they are not pressurized by their male counterparts.

Rodriguez, a Michigan native, is a compelling character who refuses to play the quiet, submissive woman. She drinks, smokes and is outright daring, and so earns the name ‘Crazy Debbie.’

And it is this very zeal, fervuor, enthusiasm and confidence that she builds in her students.

As Rodriguez marries an Afghan man, Sam, who lives in Saudi Arabia and is already married with children, the reader is compelled to question the reason and necessity behind this decision that Rodriguez takes. It alarms the reader, but as Rodriguez unfolds the crevices and intricacies behind the successful yet unsuccessful relationship; it comes as a pleasant and refreshing change for the reader from the hardships the women in Afghanistan have to face.

The book provides an in-depth insight into what life in Kabul is like. It is not as bleak as it appears to be. Behind the stark reality of cruelty are hidden moments where one can flee the dark side and just revel and enjoy.