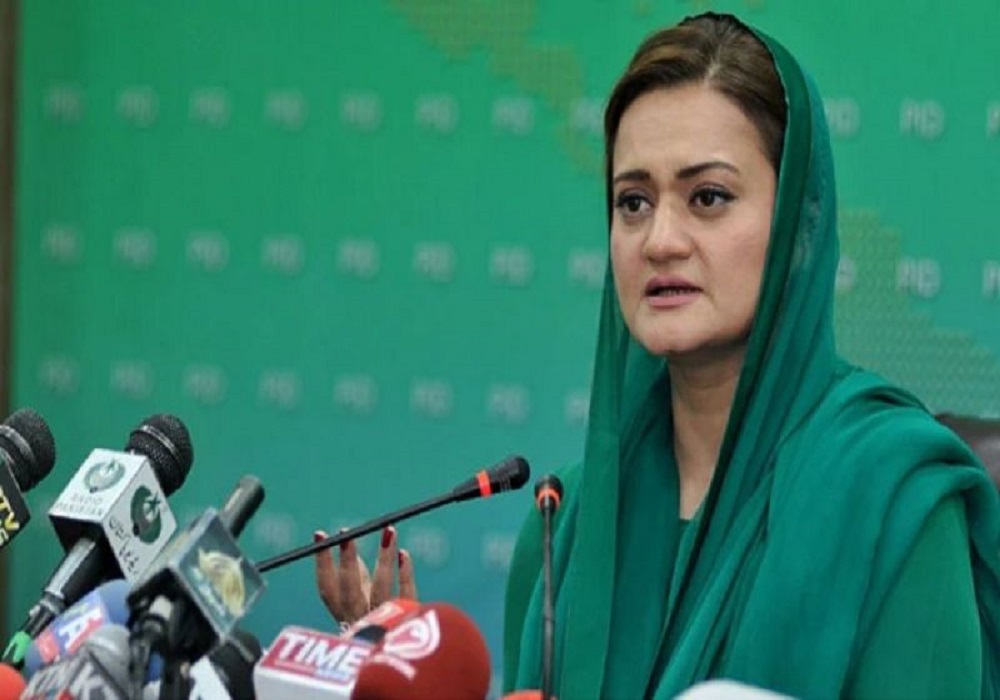 Minister for Information and Broadcasting Marriyum Aurangzeb said on Wednesday that propaganda was launched over the issue of broadcast rights of the FIFA World Cup for PTV Sports.

The inquiry over the matter was completed and details would be shared with the media soon. The minister said that during the past few months the present government was in talks with FIFA management and hopefully PTV would telecast the matches of the World Cup live. At the outset of briefing, Marriyum said the prime minister had not accepted the resignation of Minister for Law and Justice Azam Nazir Tarar and he was requested by cabinet colleagues to withdraw his resignation.

She said the whole cabinet appreciated the competence and efficiency of Azam Nazir Tarar as Law Minister and also lauded Sardar Ayaz Sadiq who looked after the Ministry of Law and Justice during his absence. The minister said the cabinet strongly condemned the Buleli suicide attack near Quetta and offered Fateha for those who were martyred in the attack and prayed for the early recovery of the injured.

She said that the cabinet lauded the services of all stakeholders, especially the polio workers across the country to make Pakistan a polio-free country. The cabinet, she said, was given a detailed briefing by the Ministry of Food Security and Research on the demand and supply situation of wheat in the country. The minister said the cabinet was informed that as compared to the previous year, two percent more stock of wheat was available in the country.

She said that despite unprecedented floods in the country, sufficient stock was available due to efficient planning, while steps have been taken to ensure the availability of wheat and other edible crops in all parts of the country. She said that the cabinet also appreciated the efforts of Food Security Minister Tariq Bashir Cheema, and his staff for ensuring the availability of wheat and other edibles despite heavy floods during summer.

She said in the past $4.5 million bid was given but now a bid of $6.9 million has been given which was $2.3 million higher than the previous one. She said if Pakistan did not auction the said building, the United States would itself auction it. She said that the cabinet gave approval for the auction of the said building following a transparent manner.

Marriyum said that regarding the Bhara Kahu bypass issue, the Islamabad High Court directives have been implemented.  She said that the ministerial committee headed by Sardar Ayaz Sadiq listened to the proposals of all stakeholders and succeeded in building a consensus among all stakeholders on the issue. She said that the committee presented its proposals in the meeting which were approved by the cabinet and would be presented in the IHC.