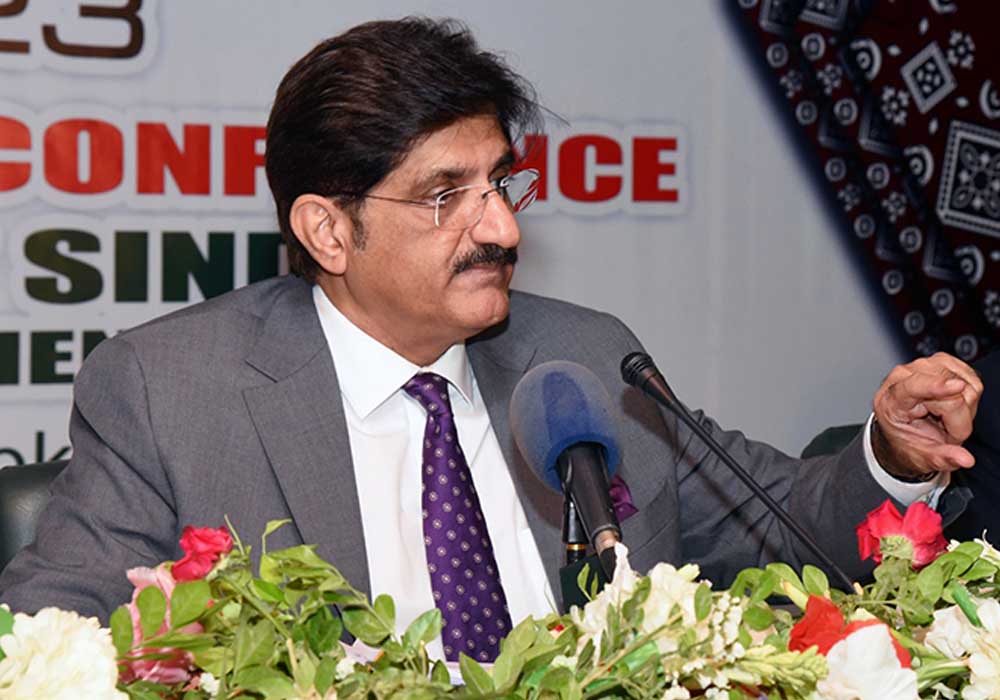 Sindh Chief Minister Syed Murad Ali Shah and Federal Minister for Defence Khawaja Asif along with their respective teams discussed the roadmap of energy conservation to control the petroleum import bill which touched $80 billion in 2022.

Federal Minister Khawaja Asif told the chief minister that various energy conservation measures were presented to the federal cabinet in October 2022. The prime minister had constituted a committee to fine-tune the measures, Khawaja Asif said and added that the committee held five sessions to identify strategies for potential energy efficiency and conversion measures. The recommendations of the committee as spelt out by the defence minister show that if 20 percent of the staff is allowed to work from home once a week it would save Rs56 billion annually. If the closure of commercial markets is observed at 8pm it would save Rs62 billion per year. If alternate switching on of streetlights is done it would save Rs4.5 billion annually.

Sindh Chief Minister Syed Murad Ali Shah thanked the federal government team for its visit and for sensitizing him about their roadmap and said that saving one unit was cheaper than producing one unit of energy. He added that realizing the fact that improvement in energy efficiency and conservation was one of the easiest and least cost-effective pathways to improve the country’s energy sector sustainability.

The CM Sindh said that Sindh as a whole and its urban centers, especially Karachi, alone have a huge potential for energy conservation and improving efficiency by taking measures which include a number of EE&C interventions to be implemented in the key sectors of the economy such as industry, building, transport, energy, power and petroleum, and agriculture sectors. Syed Murad Ali Shah said that the immense potential makes Sindh a key player with its vital share to be the leading contributor in achieving the EE&C targets at the national level.

The CM Sindh disclosed that his government by utilizing the provisions given in Federal NEECA Act, 2016 recently established a full-time agency called “Sindh Energy Efficiency and Conservation Agency” for proper coordination, facilitation, and enforcement of the provisions of the NEEC Act within Sindh. Syed Murad Ali Shah said that realizing the need for electricity in public service buildings during the daytime, Sindh has already solarized 265 health facilities and during the current financial year schools, hospitals, water pumping stations, and prisons would be solarized through development projects. “This has reduced our dependency on grid electricity,” he disclosed.

After thorough discussions and deliberations, it was agreed that all the stakeholders, particularly the traders, industrialists, restaurant owners, and others would be taken into confidence by the prime minister and the chief ministers at their respective levels so that their cooperation could be ensured.