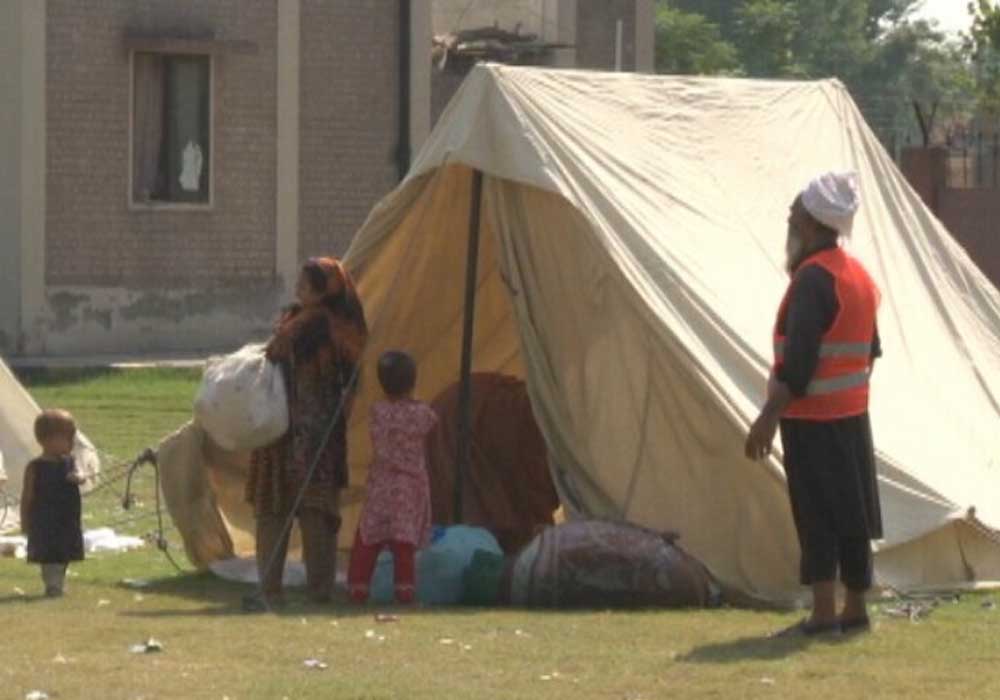 The district administration of Charsadda on Thursday closed down its largest relief camp, housing approximately 15,000 people, established at the district’s sports complex citing receding water levels in the Kabul River.

Calls for evacuation were made in Nowshera and Charsadda last week after the Swat and Kabul rivers experienced “very high floods” reaching over 315,000 cusecs on Friday.

Nearly 200,000 people in Charsadda were evacuated and moved to relief camps and other safer locations. However, Mahreen Gul, one of the flood victims staying at the camp said that the district administration had closed down the camp established at the Charsadda Sports Complex, forcing people to return to their villages. “But how do we return? There is at least three to four feet of floodwater in our villages,” she said, explaining that initially, the residents had encamped on the motorway. “But they moved us here [the sports complex]. They are now closing their own relief camp too,” Gul, visibly distressed, complained. Other people residing at the camp narrated the same story, adding that when they refused to vacate the area, the administration cut off the water and electricity connections.