Children among 12 dead in rain-related incidents in Sindh

Local administration finalizes arrangements to cope with situation during rain 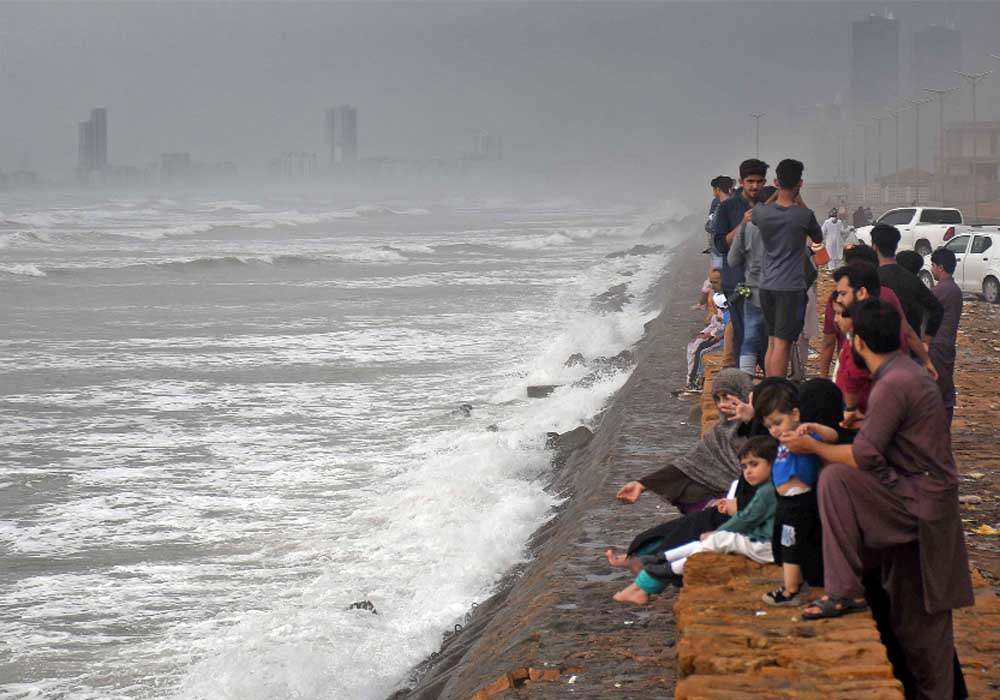 At least 12 people, including children, lost their lives in rain-related incidents across Sindh on Tuesday, mainly due to electrocution, as various districts of the province were again hit by light to moderate showers.

According to reports, two children identified as Ali Madad, 13, and Janat, 8, died near Rohri town of Sukkur when the roof of their house caved in during rainfall.

Reports from village Imam Bux Pusyo near Tando Jam said that 23-year-old Mohammad was killed when he was struck by lightning. In Mithi town of Tharparkar, a man namely Karim Dino Hingoorjo was electrocuted.

In Badin, two more girls drowned in a rainwater-filled pit in the fields while bathing in the rainwater at village Yar Mohammad Bhurgari near Nindo town.

According to local media, 10-year-old Sheezan, daughter of Murtaza Khaskheki, and eight-year-old Tabsum, residents of village Yar Mohammad Bhurgari near Nindo Shahar, drowned while bathing in rainwater in the fields near their village.

On knowing about the incident, the children’s families, relatives and a large number of people from nearby areas gathered there, fished them out and rushed them to the nearby Rural Health Center where doctors handed over the children’s bodies to the families after completing medical formalities.

An incident of lightning strike in Qambar-Shahdadkot district during the rainfall claimed three lives. The deceased in the lightning incident in Larkana district were identified as Mohammad Ishaq and Mohammad Khan, who were both brothers and their cousin Ameen. “The deceased was sitting under a tree at an agriculture farm to take a meal when lightning struck them,” area police said. A peasant was killed when he was also hit by a lightning strike near Khairpur town during heavy rains.

A man identified as Saindad Shaikh was killed in New Saeedabad town when the roof of their house collapsed during heavy rains on Tuesday. Reports from Dagli area of Tharparkar said that as many as eight goats perished when lightning struck them. Reports from the coastal belt of Sindh said that due to high tides during the heavy downpours more than six hundred human settlements and villages in Badin, Thatta and Sujawal districts were completely inundated by the rising sea waters and rainwater. The area people as well as the activists of Pakistan Fisherfolk Forum talking to this reporter said that no rescue operation to shift the stranded villagers to safer places. “We are finding it difficult to move towards safer places in wake of the intermittent downpours’ said Sajan Shaijkh and other villagers from the Zero Point area near Golarachi town of Badin district. The reports from various districts said that a number of the people lost their houses due to heavy downpours and several hundred villages and low-lying localities.

Administrator Korangi Javed-ur-Rehman and Municipal Commissioner Waseem Mustafa Soomro have directed the concerned departments to keep required machinery operational and put necessary staffers on alert to respond in case of any emergency situation during rain, said a statement. They directed to immediately install pumps in the low-laying areas for dewatering after the rain.

They also directed the officials concerned for putting a close watch on all drains and perform cleaning wherever required.

On the other hand, supply of the electricity was badly disturbed in most of the rain-hit areas of the province and people had to face hardships due to suspension of mobile and internet service in most parts of the province.

Separately, the department said that the continuing wet spell over the northeastern and southern districts of Balochistan was expected to intensify from August 18 to August 20.