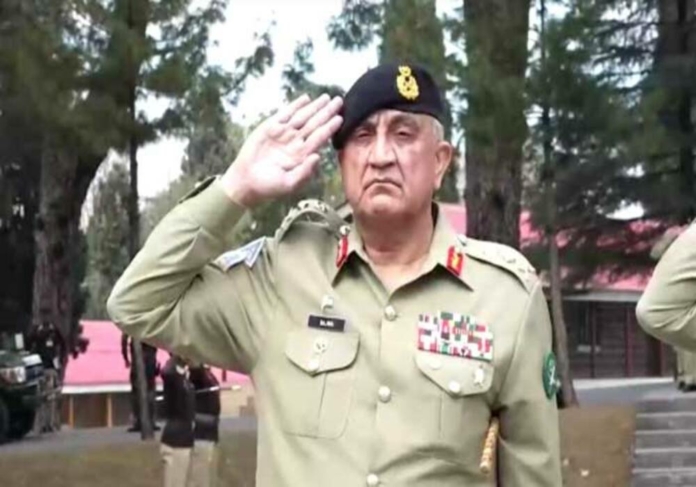 According to the statement of the Inter-Services Public Relations (ISPR), General Bajwa was received by Commander Rawalpindi Corps Lieutenant General Sahir Shamshad Mirza upon his arrival at the PMA.

The COAS laid a floral wreath at the Martyrs’ Monument and offered prayers. Gen Bajwa also interacted with the cadets and officers of PMA. While addressing the COAS appreciated exceptionally high standards of Pakistan Army’s premier training institution and its efforts towards grooming future leaders.

General Bajwa also advised cadets to focus their energies on the pursuit of professional excellence.

He visited Baloch Regimental Centre later and after laying a floral wreath at the Shuhada monument he interacted with serving and retired officers and troops of the illustrious Baloch Regiment. The COAS paid rich tribute to their supreme sacrifices.

Earlier on arrival at Baloch Regimental Centre, the COAS was received by Chief of General Staff Lt Gen Azhar Abbas.