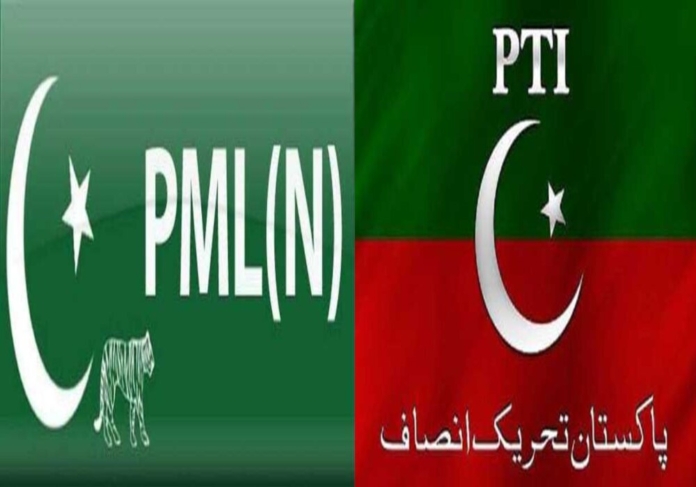 Headed by Interior Minister Rana Sanaullah, the committee, comprising nine members, will
reportedly focus on maintaining the situation of law and order while also holding a political
the discourse regarding the PTI march.

As per the premier’s directives, all talks regarding the long march are to be done through the committee. “Our doors are always open for negotiations. We are democratic people, ready to talk. However, we will not allow anyone to take the law into their hands,” said PM Shehbaz.

According to reports, President Dr. Arif Alvi was playing an essential role in the negotiations
between the Imran Khan-led party and the government. During the backdoor talks, reports said that the date for general elections was being discussed, adding the second round of
negotiations would be held today (Sunday).

However, two senior ministers in the government, Khawaja Asif and Marriyum Aurangzeb
denied the possibility of talks with the PTI. Marriyum said in a statement that there was “no
room for negotiations with anarchists”, adding that PTI supremo Imran Khan wanted “chaos, unrest and blood instead of transparent elections”.

She said people had returned to their homes after attending the long march, and
so did Imran. The PML-N leader furthered that the former prime minister could “no longer hide his reality by taking to the streets, as his face and lies have been exposed”. She advised the families to keep their children away from the “bloody march” as the PTI had orchestrated a despicable plan to bring a revolution through guns and bloodshed.

Separately, addressing a news conference, the minister for information and broadcasting said the political landscape had been transformed in the country where all state institutions were working within their constitutional domains.

“This is the Naya Pakistan in which the institutions have drawn a constitutional line (for their functioning),” she said. She castigated Imran for dragging institutions into his “dirty politics by hurling abuses and naming them in his speeches”. He would not be allowed to do this again, she added.

Defence Minister Khawaja Asif too turned down claims of talks with the PTI. “Elections will be held at a constitutional time, God willing,” he stated. “Negotiations and consensus amongst political forces are part of democracy. However, there is no possibility of the kind of negotiations that the PTI is creating a fuss about,” he stated.

“Let Imran Khan fulfil all of his desires. Right now, the Indian media is giving him full attention and airtime… Enjoy that,” he concluded.

Meanwhile, Prime Minister Shehbaz Sharif claimed that his predecessor had offered him to
appoint the next army chief through mutual consultation last month.

Speaking to Vloggers in Lahore on Saturday, the premier claimed that Imran Khan proposed through his aide that each side should propose three names for the post of the next army chief.

According to the PM, Imran had proposed that both sides would agree on the name of the army chief after considering the six names suggested by them. “I flatly refused his [Imran] offer by saying thank you,” the premier was quoted as saying.

The PM said he sent a message to the PTI chief that appointing the army chief was his
constitutional duty “that has to be fulfilled by the prime minister”.

Besides the army chief’s appointment, the PM said he offered Imran to hold talks on his offer to sign a “charter of democracy and charter of the economy”.

Meanwhile, Imran Khan rubbished rumours of a ‘meeting’ in Lahore amid the party’s long march towards Islamabad. Taking to his official Twitter handle, the former premier wrote, “For all those spreading rumours about my [meeting] in Lahore, the reason we returned was that Lahore was closer [and] we had already decided not to move at night”.

“The only demand I have had for 6 [months] is the date for early fair and free elections. That will be the only demand if talks are to be held,” Imran wrote.