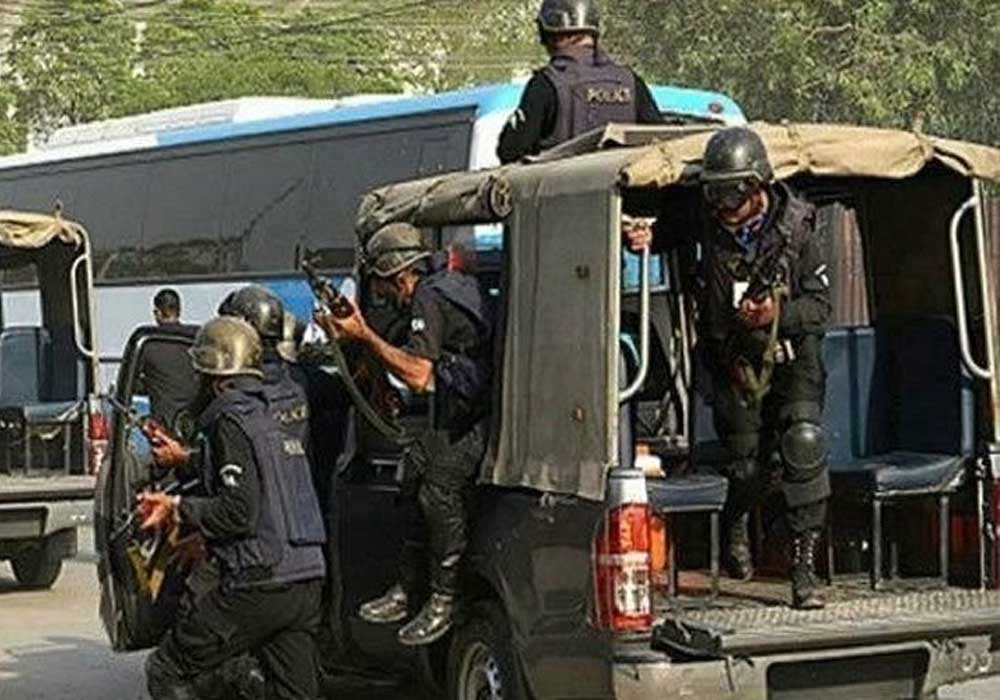 Four terrorists including an ISIS commander were killed in Counter Terrorism Department’s (CTD) intelligence-based operation while trying to enter Pakistan from Afghanistan.

According to details security forces and CTD conducted an intelligence-based operation on information that terrorists had crossed the Afghanistan border.

During the operation, the terrorists opened fire when they faced the intelligence-based operation team and as a result, four terrorists were killed in retaliatory firing.

The CTD has also said that two hand grenades, two Kalashnikovs, six magazines and two pistols were recovered while dozens of cartridges, identity cards and Pakistani currency along with other items were recovered from the terrorists.