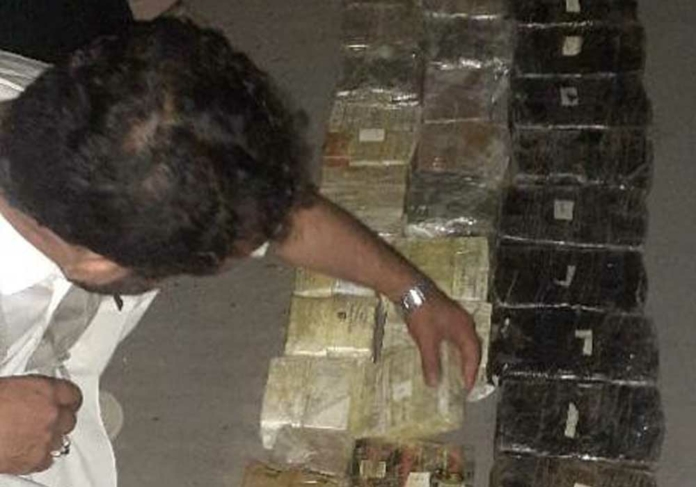 Customs Staff and the Border Station of Ghulam Khan have foiled an attempt to smuggle Russian-origin ammunition in Pakistan from Afghanistan on Friday night.

A six-wheeler registered vehicle declared to contain mixed vegetables and apples entered the NLC terminal at Custom Border Station at night. Upon scanning, a cavity was detected behind the goods.

Russian Origin ammunition and weapons of all sorts were found in multiple hidden cavities in huge quantities after physical examination.

The officials started the investigation and search for the arrest of the involved culprits. Inventory of the goods recovered was also shared by the authorities.

A made in USA Rifle M-16 without a magazine along with a made in Yugoslavia submachine gun (SMG) was found.

The total number of foreign-origin bullets was 50,132 hidden in different places of the Mazda truck.