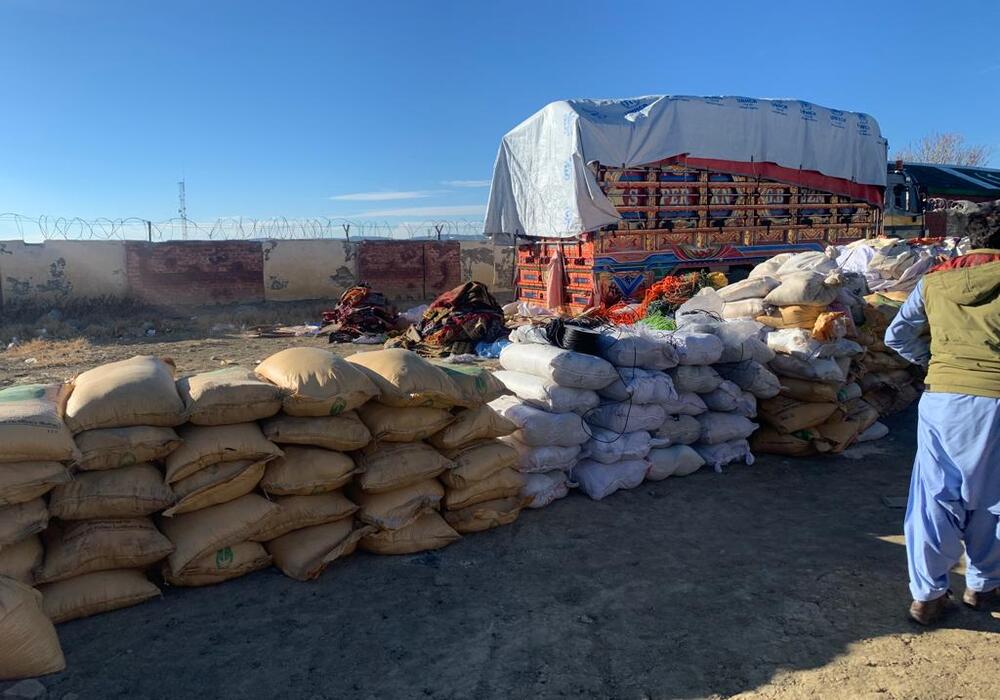 The action was taken by Assistant Collector of Customs Angor Adda with his staff on the directions of Collector Customs Appraisement Peshawar.

According to a statement issued by Pakistan Customs, during regular examination exports vehicle bearing registration Number TAM-610 and GD Number PAAE-SB-1426 dated 15/12/2022, said to contain bales of used clothes, was examined at about 10:30 am on December 15, 2022. Upon physical examination, a large quantity of Urea and safety fuse (used in IEDs) were found concealed within the bales.

The statement further mentioned the details of seized goods as under.

Total Urea recovered during the action was 5,700 kilograms, packed in 145 bags while 20 bags of IEDs, each bag with 10 rolls, and 2,300 kilograms of used clothes were recovered.

“The total value of seized goods was Rs3.461 million. The recovered urea amounted to Rs1.368 million, IEDs’ Fuse Cables were worth Rs2 million and the used clothes amounted to Rs93,000,” said the statement.

The driver of the vehicle has been taken into custody by the security forces. The vehicle along with goods was seized and an FIR was lodged against the perpetrators.