Imran holds yet another flood telethon 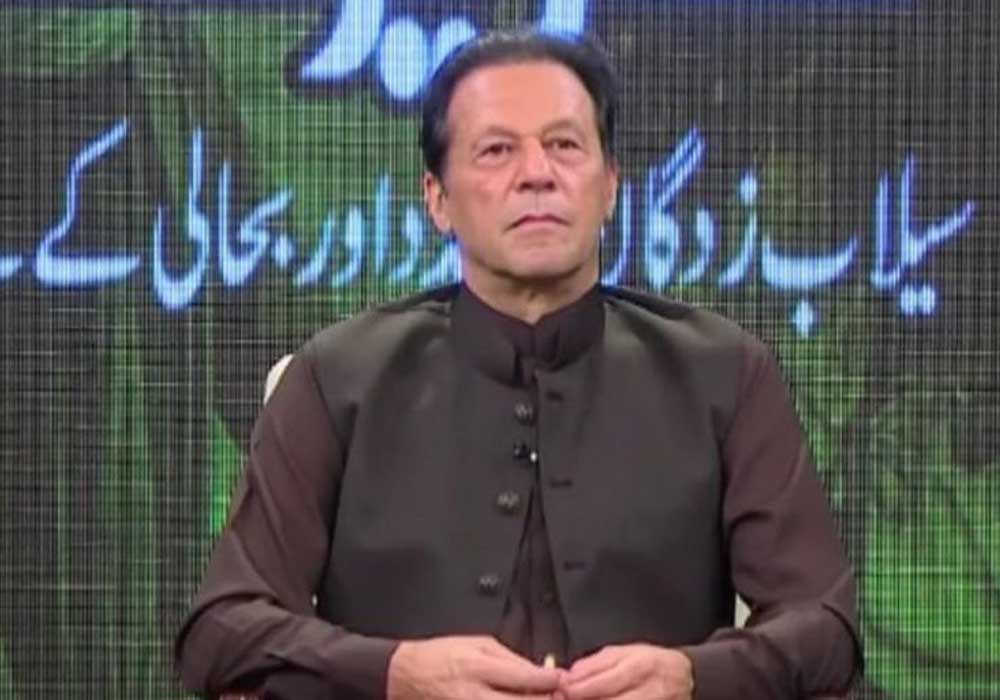 According to reports, a total of Rs3 billion were collected in the telethon till the filing of the story.

“Pakistan contributes less than 1 per cent to the global carbon footprint but we are among the most affected countries by climate change. We have pushed ourselves into the calamity by not building more dams,” said Imran Khan.

Over 33 million people have been severely affected by the floods. The situation is worse than 2010 floods, the PTI Chief said at the start of the telethon. The nation would have to come together in this difficult time, he added.

Referring to the verdict of the Election Commission of Pakistan in the PTI prohibited funding case, Imran said the commission should have probed funding of all political parties.

Devastating floods in the country have caused severe infrastructural, life and property damages worth near $18 billion, Finance Minister Miftah Ismail had said.

Sania Nishtar is handling the funds collected via the telethon, Imran Khan said. Data from the Ehsaas program would be used to distribute the collected amount among affected families, Sania Nishtar said.

In the first telethon, the former premier was joined by chief ministers of Punjab and Khyber-Pakhtunkhwa – Chaudhry Parvez Elahi and Mahmood Khan – former