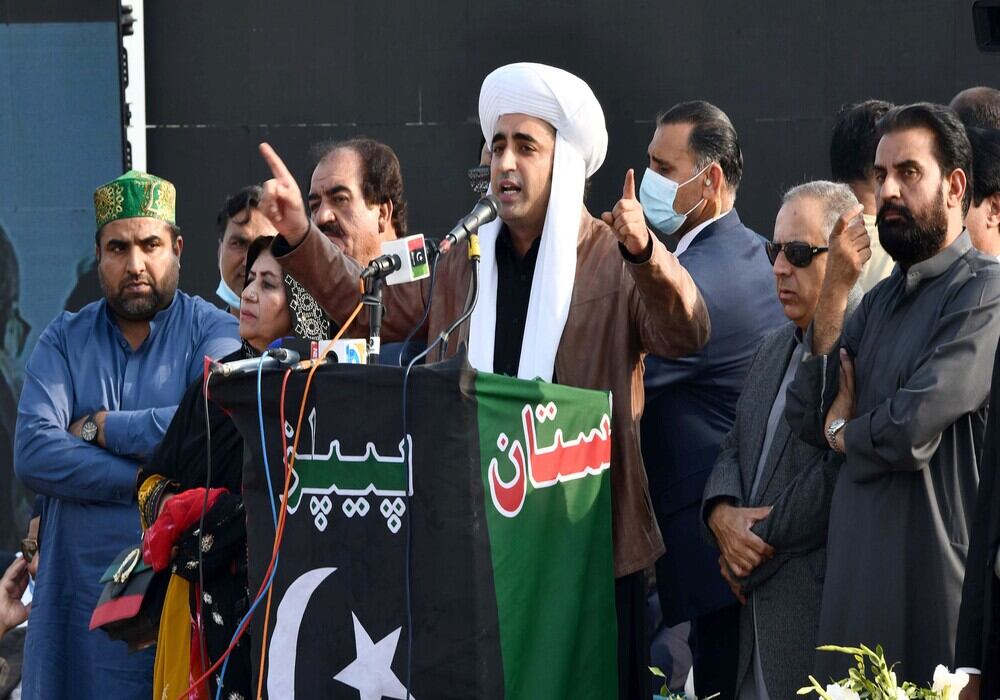 Pakistan Peoples Party (PPP) Chairman Bilawal Bhutto on Sunday said that his party would begin the anti-government long march on February 27 from Karachi to Islamabad, which would be “democracy’s revenge against this selected government” of Pakistan Tehreek-e-Insaf (PTI).

Addressing a rally in Nasirabad district of Balochistan, Bilawal said it was “time for Prime Minister Imran Khan to start panicking”. “The time has come for the PTI government to be accountable before the masses,” he said, adding that since people have lost their confidence in the prime minister, parliament must also follow suit. “The revenge of democracy will be to defeat the selected government in a democratic way, to defeat it in the same National Assembly from where they got power.”

He said he had sent a message to “the puppet” to inform him that the PPP had “entered the battlefield” to oust the PTI government. “The premier has snatched food, clothing, and shelter from the masses,” he said, adding that Imran Khan had robbed the citizens of their economic rights and their right to vote. “We can’t stand it any longer, so we have declared a war against this government.” He said the solution to this country’s problems was a democratic struggle, so “we believe in the power of the vote, not weapons”.

Bilawal went on to say that the “Constitution of 1973 is an agreement between the state and the people”.

“Since the selected government came to power, poverty, unemployment, and inflation have increased in the country,” he said, as he asked Pakistanis to give the PPP another chance to make things right.

“We believe that if all the provinces get their due rights and have their resources, the federation will be stronger,” he said.

He said that while PPP founder Zulfikar Ali Bhutto gave free agricultural land to poor farmers across the country, he also distributed 500,000 acres of agricultural land among the farmers of Nasirabad, adding that the foundation of the water supply infrastructure in this area was also laid by Bhutto.

“Today, Sindh and Balochistan are facing water scarcity because no one except the PPP government has ever paid attention to this issue. When the PPP gets the responsibility of the government again, we will solve the water problem.”