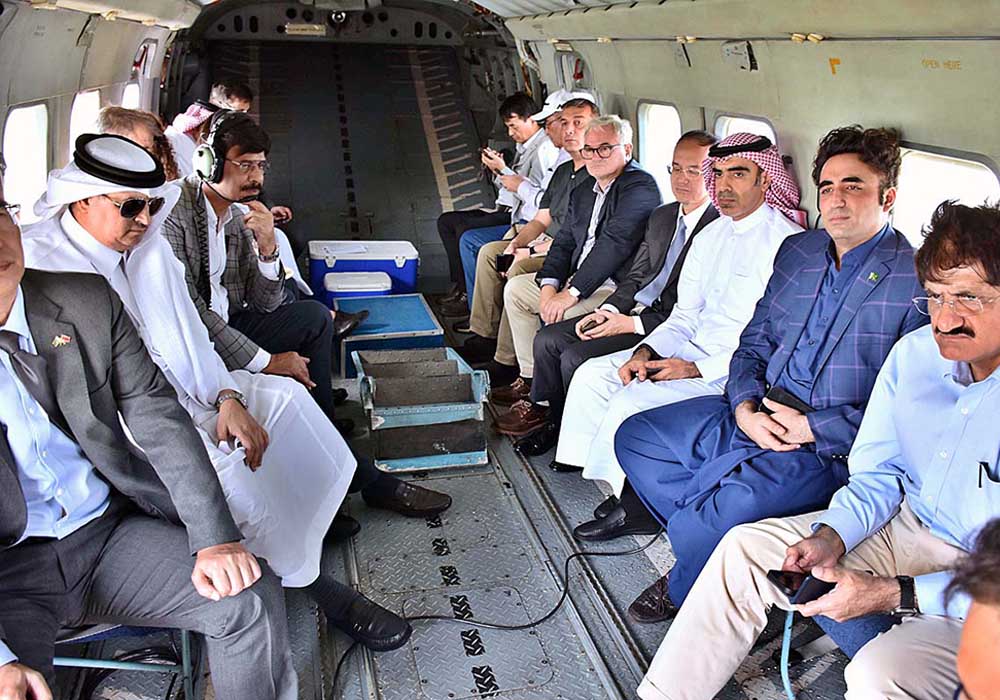 Foreign Minister Bilawal Bhutto Zardari has expressed satisfaction over the international response to the UN Flash appeal for help of the flood-affected people of Pakistan.

Talking to media and state TV along with members of the diplomatic corps on Wednesday, he said they had arranged a special visit of ambassadors and envoys of various countries to the flood-hit areas to provide them first-hand knowledge about the devastation wreaked by the recent floods. He said that at present, “we are focusing on relief and rescue operations for which we have appealed to the international community for an assistance of over $160 million”.

Speaking on the occasion, the envoys expressed solidarity with the people of Pakistan in this hour of need. It is pertinent to mention that Foreign Minister Bilawal along with diplomats of over 20 countries and representatives of international organizations visited the flood-affected areas of Sindh, Balochistan and Khyber Pakhtunkhwa. The diplomats from Turkmenistan, Bahrain, Saudi Arabia, Azerbaijan, Germany, Spain, United States, China, France, Japan, Italy, South Korea, Qatar and Turkey as well as representatives of international organizations including the United Nations, also visited the flood-affected areas.

Meanwhile, two Chinese aircraft carrying flood relief items reached Karachi on Wednesday, said the Civil Aviation Authority (CAA). According to a statement issued by a CAA spokesperson, two planes loaded with relief goods reached the Jinnah International Airport Karachi. The planes were carrying things such as blankets, tents and edibles. The statement read that China would send more planes filled with relief goods in the coming days. China has so far sent four planes carrying relief goods. The statement added that the items were received by the Pakistan Army and Foreign Ministry officials. China has announced financial assistance of 100 million yuan for Pakistan to help the flood victims.