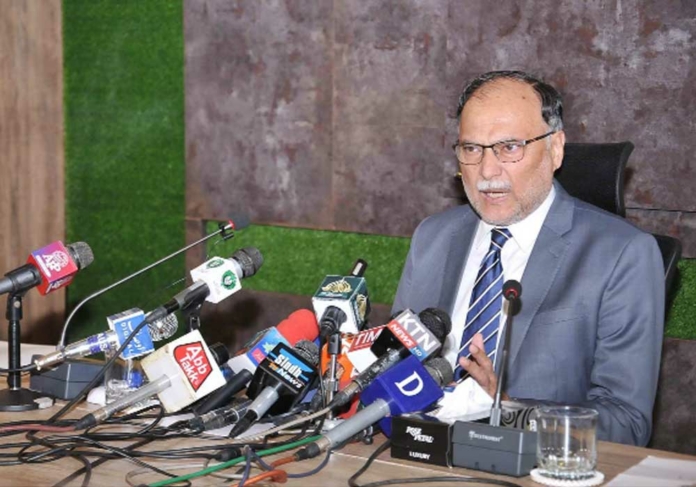 On Wednesday, Ahsan Iqbal while talking to a local news channel said that, if the President wants to be involved, the government is prepared for discussions with the PTI.

He continued by saying that President Alvi should resume his constitutionally mandated activities.

Iqbal stated, alluding to the ruling class, that involving non-political organizations in politics was not a healthy tradition. He insisted that if Imran wanted to engage in discussions while abiding by democratic principles, the doors for dialogue were open.

He said that several PTI members had purportedly gotten in touch with and spoken to the coalition government but had voiced their reluctance to engage in negotiations, stating that the PTI chairman had also not paid attention to them.

PTI senior leader Fawad Chaudhry asserted that President Arif Alvi has the authority to initiate discussions and that they will take place in his presence. However, he emphasized that the PTI would only be open to participating in discussions about the elections.

Adding that there was no disagreement if they provided a definite date and structure for the elections, he urged the federal government to demonstrate its commitment to have polls.

Media reports citing a source in the Prime Minister’s Office denied last week’s rumours that a federal-level committee had been established to negotiate with PTI, explaining that its primary function was to evaluate the current political environment and make decisions collectively regarding the former ruling party’s long march.