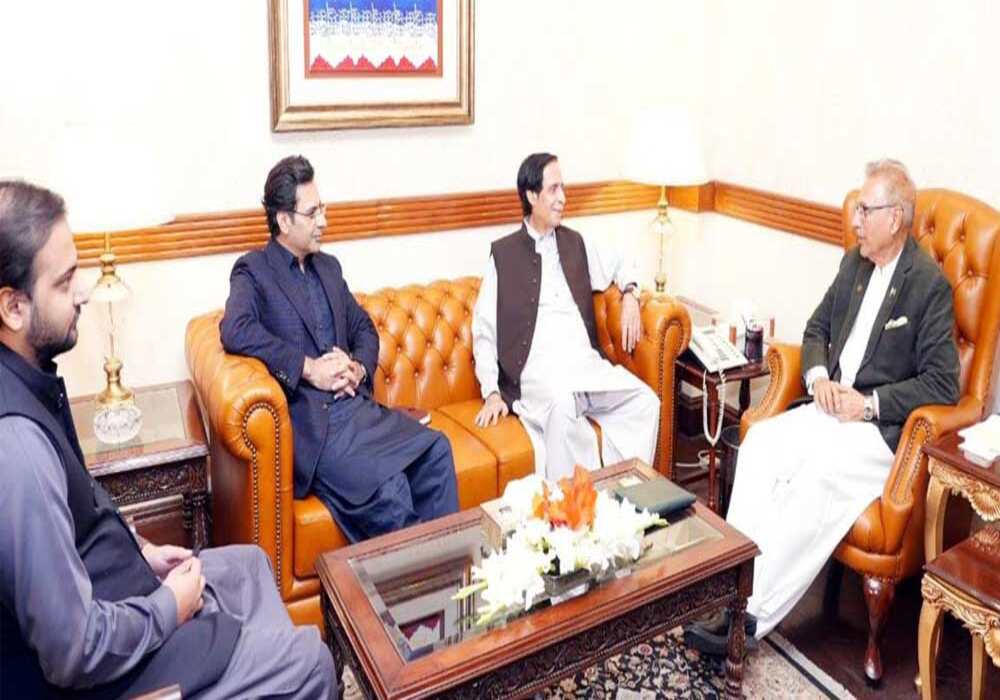 Chief Minister Parvez Elahi apprised President Arif Alvi about the development projects and relief-related initiatives. They showed deep concern over the poor state of the economy and the poor policies of the federal government were severely criticized.

CM Parvez Elahi regretted that the federal government has economically reversed Pakistan’s progress within a few months. The economy is falling day by day while they want to extend their power, he deplored. The imposed incompetent cabal is only interested in saving its politics. He said that the question of saving the state is important and everyone has to think for Pakistan. Parvez Elahi reiterated that they are with Imran Khan and added that the Chief Ministership of Punjab is the trust of Imran Khan.

President Arif Alvi said that we have to think only of Pakistan as Pakistani. Nothing is final in politics; decisions have to be made under the circumstances. He asserted that Pakistan demands unity and political tolerance from us. We are trying to resolve the issues amicably and it’s hoped that Allah Almighty will find a better way for Pakistan. Dr Arif Alvi further said that Ch Parvez Elahi is a seasoned politician and has a sound opinion on political issues. I have a lively discussion on important issues in a very pleasant atmosphere, he concluded.

President Arif Alvi maintained that the collection of accurate data on blind and differently-abled people is important. If there is accurate data, the welfare work of special people could be further improved. He directed appointing separate teachers for the training of special people in normal schools, saying that special children have special abilities which could be brought out through training. Ramps in markets and commercial areas should be erected to accommodate special people; he added and noted that implementation of a 5% job quota would provide relief to the special people as they have brought laurels home in different fields. He also appreciated effective measures taken by the Punjab government for disabled people under the leadership of Parvez Elahi.