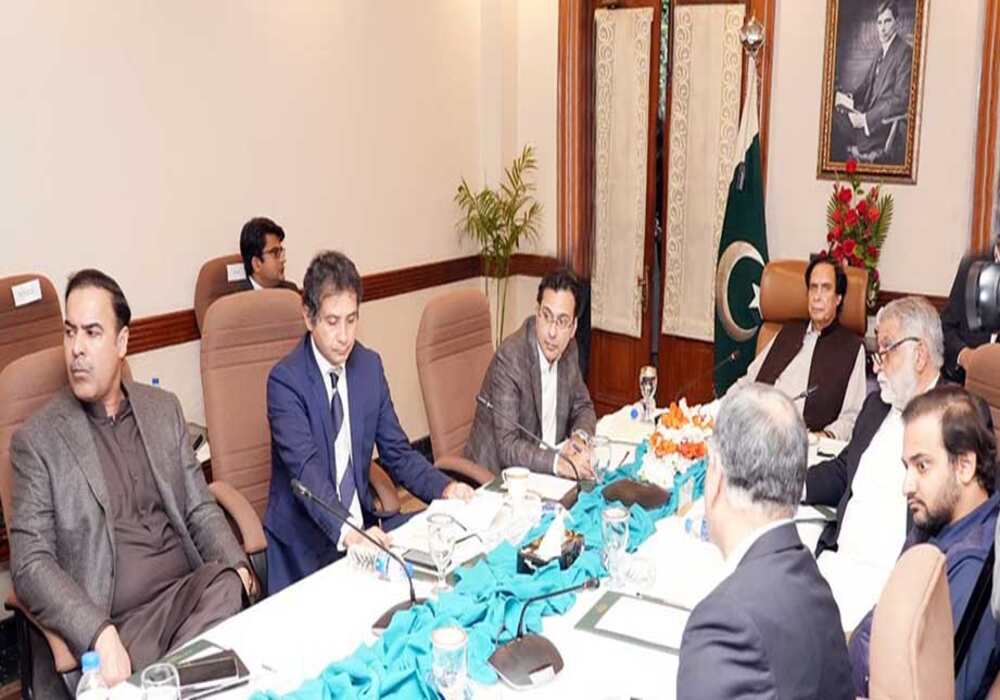 While chairing a meeting at his office on Tuesday, the CM instructed all departments to ensure strict implementation of the austerity policy. He also ordered to provide him with a complete record of state lands in Punjab within seven days. A comprehensive policy will be prepared to auction the government lands transparently.

Parvez Elahi directed adopting out-of-box measures to increase provincial resources and stressed that line departments should uniquely introduce new measures to increase revenue. He directed to achieve targets set for increasing the resources and made it clear that it is the responsibility of the line departments to ensure achieving targets within the stipulated period. They should burn the midnight oil while adopting concrete measures to increase the resources. This would help to provide more facilities to the citizens, he noted. The development program and financial affairs in the province were reviewed in detail.

Latif Nazar also apprised the CM about the departmental performance and noted that record development was done in the previous tenure of Parvez Elahi and now wonderful steps have been taken in a short period.

The CM asserted that improving the quality of life of the common man was the focal point of the incumbent government. Whenever Allah Almighty gave me the post of the chief minister, I have worked tirelessly to provide relief to the poor and am doing such things that the people will always remember, he added.

Parvez Elahi asserted that he has promoted positive political traditions and never indulged in the politics of revenge like PML-N. Chairman PTI Imran Khan is the most popular leader of Pakistan; he stated and vowed to stand with him through thick and thin.

Instead of a one-man show, I am taking the whole team with me; he added and noted that the exploitation of hidden natural reserves was imperative to strengthen the economy. Sustained reforms have been introduced to promote the mineral sector, and for the first time in the history of Punjab, the mineral sector was being developed on modern lines, the CM said.

Parvez Elahi deplored that the mines and mineral sector was neglected in the past. Huge claims were made, but not even an iota of benefit was gained, he added. The incumbent government has given special attention to this sector and a uniform policy has been adopted in respect of mining leases. The potential of the mineral sector will be fully exploited as the use of local minerals will promote the indigenous industry while providing employment opportunities; the CM noted and assured to provide every possible facility to the people associated with the mining sector.

The CM noted that he gave the status of the university to Kinnaird College during his previous tenure and appreciated that students are talented and leading in every field. In the previous period, education was made free up to matriculation and now, education has been made free up to graduation. There is a lot of scope in the field of textile designing; he said and observed that the students should adopt modern trends in textile designing.