Elahi vows to support ‘all decisions’ of Imran Khan 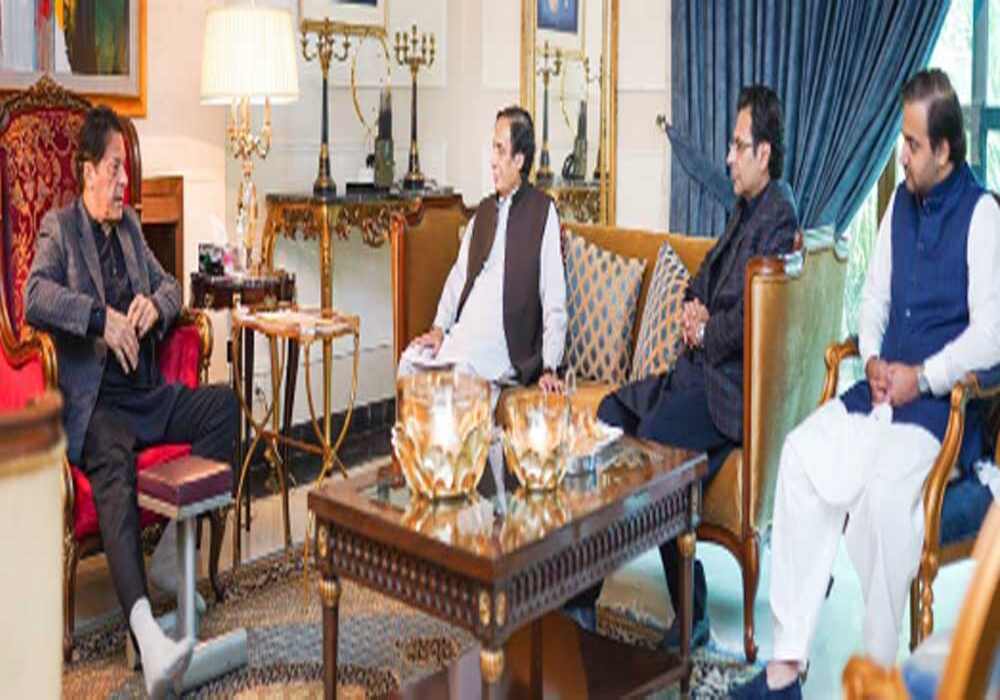 Punjab Chief Minister Chaudhry Parvez Elahi Saturday vowed to back “all decisions” of Pakistan Tehreek-e-Insaf (PTI) Chairman Imran Khan as the allies are set to move towards dissolving the assemblies of the provinces where they rule — Khyber Pakhtunkhwa and Punjab.

“I will support all of Imran Khan’s decisions. I owed the Punjab Assembly to Imran Khan and I have returned my debt to him,” the chief minister said in a tweet hours before Imran’s scheduled announcement of the dissolution date.

CM Elahi also stressed that Imran has made his political opponents “zero” and said that the people spreading rumours — about a rift between the allies — “have failed once again”.

Elahi said he met Khan, where the dissolution of the assembly was discussed. “Imran Khan will announce the decision by sitting together with the chief ministers of Punjab and Khyber Pakhtunkhwa.”

In a tweet, Moonis also said that he met Imran and stands “firmly with him”.

The government has said that it will ensure holding elections on whichever constituency the PTI and its ally resign and also conduct polls for the assemblies that might be dissolved.

As per the sources, PML-Q leader Moonis met the former prime minister last night as well. Both leaders discussed the political situation during the meeting.

The sources said that Moonis also took Khan into confidence regarding the whole situation.

He told the PTI chief that the Pakistan Democratic Movement (PDM)-led government can victimise the PTI and PML-Q leadership if the assemblies are dissolved.

“You are authorised to make a final decision [on the dissolution of the assembly],” Moonis conveyed Parvez’s message to the PTI chairman, according to well-placed sources.

The PML-Q leader reassured the former premier that the assembly would be dissolved whenever the latter asked. CM Elahi, however, suggested that it was not an appropriate time for the decision.

The PML-Q leader apprised Khan that the majority of his party’s lawmaker wants the continuation of development work in their concerned areas.

The chief minister also — a day earlier — held a crucial meeting in Rawalpindi ahead of Khan’s crucial announcement.

The chief minister travelled to Rawalpindi on Friday evening where he held an important meeting. After returning to Lahore at night, he consulted with party leaders on the current political situation.

Sources suggest that Elahi does not want the Punjab Assembly dissolved. He also argued that the assemblies should not be dissolved yet, as this would cause complications, and that the matter should be revisited later.

The PML-N has expressed its willingness to accept Parvez Elahi as its chief minister. However, the ruling party is waiting for a solid reply from Chaudhary Shujaat.