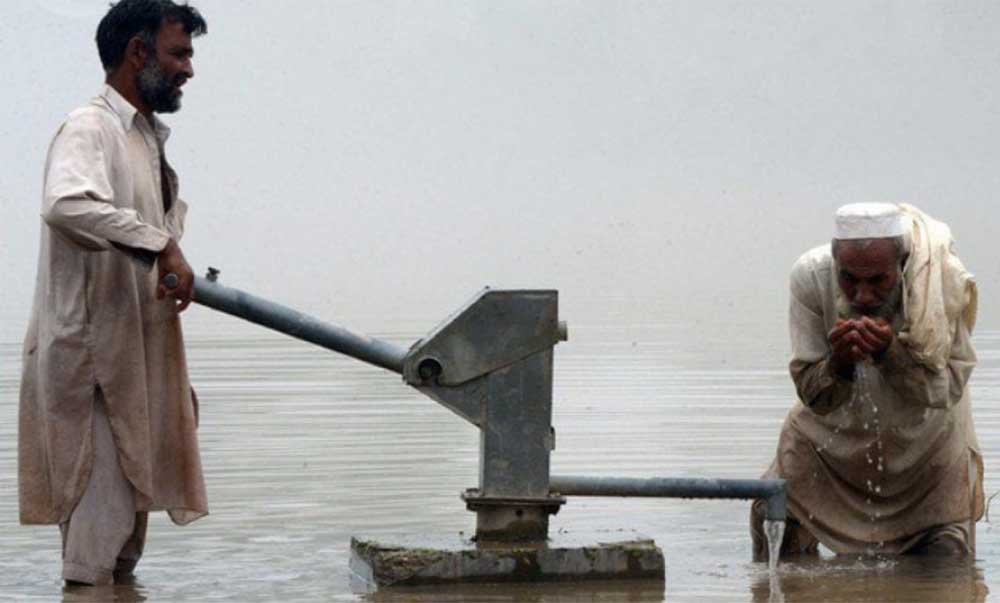 Scientists and policy advisors say that water scarcity has become a serious threat to Pakistan’s sustainable development and economic growth.

“If the situation remains unchanged, the country may face an alarming level of water scarcity by 2025”, they added. The two-day conference brought together national and global experts and climate change officials from provincial and federal governments to share their evidence-based views on how water safety, security, and population health can be achieved. In his keynote address, Professor James Wescoat, Aga Khan Professor at the Massachusetts Institute of Technology, spoke about climate change and critical water problems in the Indus Basin of Pakistan.

He expressed serious concerns over increased flooding and drainage problems getting worse by 2050, especially in the lower Indus Basin. “We must support bold and pragmatic approaches to reconstruction, including water and climate research networks and Indus Basin models with health and well-being at the core”, he stated. “Water plays a critical role in thermoregulation. Open water can decrease the air temperature by evaporation, absorption of heat, and transport of heat”, said Dr Nausheen H Anwar, Professor and Network Director, Karachi Urban Lab, Institute of Business Administration, in the second keynote speech.

However, water stress is just one dimension of water security. Like any challenge, its outlook depends on management. Some of the most arid and water-stressed countries, including Saudi Arabia and Namibia, have effectively secured their water supplies through proper management. In his introductory remarks, Dr Zulfiqar A. Bhutta, Professor and Founding Director of the IGHD at AKU, underscored the nexus of water security and nutrition in Pakistan, saying “one cannot be managed without sustaining the other.”

“Water shortage is an equal threat as malnutrition to the development of the country. By 2016, there were only 1,000 cubic meters of water left for each person in Pakistan – which is the borderline requirement”, he mentioned while speaking about growing water insecurity in the country. Around 96 percent of the country’s freshwater is used for agriculture, a sector which constituted nearly 23 percent of its GDP in 2021. Nevertheless, Pakistan continues to depend on a single river system and unreliable water infrastructure.

Adding to these factors are impacts of climate change, including frequent floods, droughts, and the accelerated melting of glaciers in the north of the country. The health and nutrition consequences of the large-scale devastation caused by a recent episode of floods are unfortunate examples and call for urgent and collaborative action at all governance and policy levels. Dr Abid Suleri, Executive Director, Sustainable Development Policy Institute, Mr Ali Tauqeer Sheikh, Former Founding Director of LEAD Pakistan, and Engr Dr Tahir Hayat, CEO of Diamer Basha Consultants Group also spoke at the event.