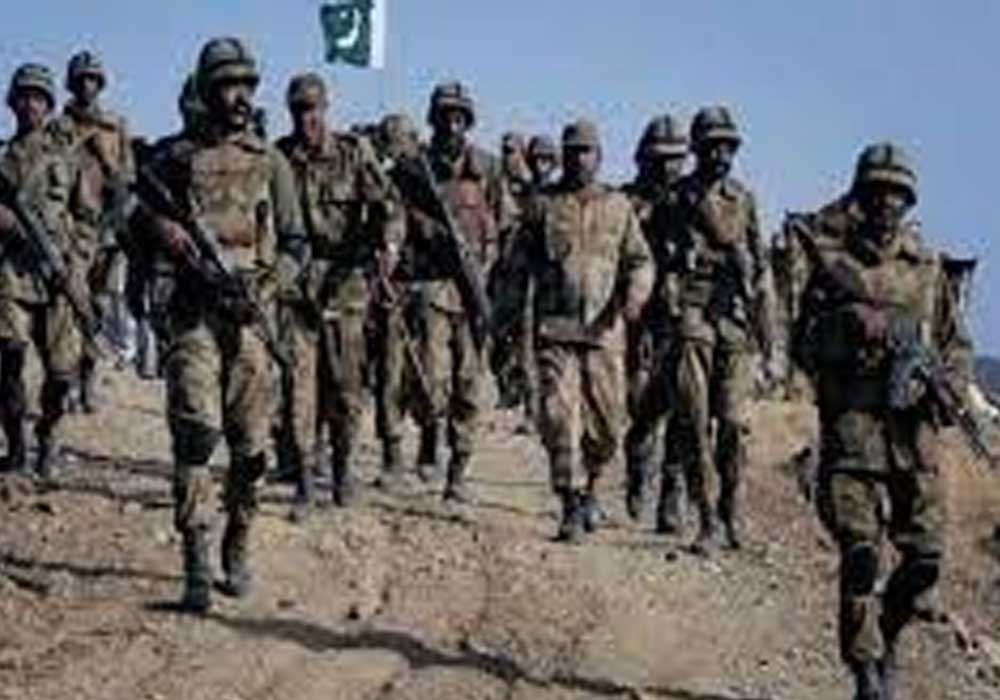 Four troops were martyred in a suicide bombing that targeted a military convoy on Tuesday evening, in Mir Ali area of Khyber Pakhtunkhwa’s North Waziristan district.

The Inter-Services Public Relations (ISPR) said that intelligence services have started their inquiries to learn more about the suicide bomber who carried out the assault and his handlers and facilitators.

According to a statement issued by ISPR, “Pakistan Army is determined to eliminate the menace of terrorism and such sacrifices of our brave soldiers will not go unpunished.”

Attacks on security forces and confrontations with alleged militants in the tribal region of North Waziristan have increased lately. On July 4, a suicide bomber in the region targeted a convoy of security troops, resulting in at least 10 security officers being injured.

The suicide bomber, who was on a motorbike, blew himself up next to one of the trucks as the convoy was travelling from Mirali to Miramshah, the district headquarters, according to officials at the time.

On May 30, a motorcycle-riding suicide bomber attacked a different security force convoy in the Razmak region, wounding two soldiers and two kids.