France, India call for end of hostilities in Ukraine 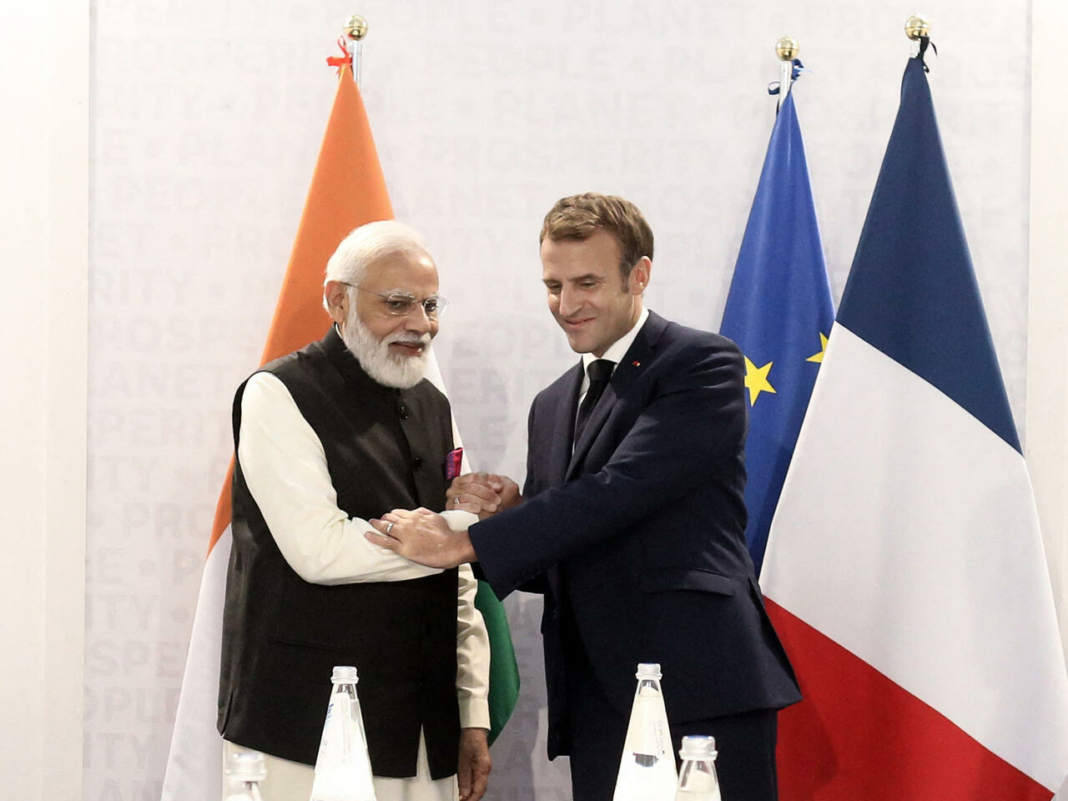 During his Europe tour Indian Prime Minister Narendra Modi and French President Emmanuel Macron gave a joint statement in which both the countries called for an immediate cessation of hostilities in Ukraine.

Modi is on his Europe Tour and met with Macron on Wednesday. Modi again stopping short of condemning Russia’s invasion of its neighbor.

India, which imports much of its military hardware from Russia, has long walked a diplomatic tightrope between the West and Moscow – notably refusing to denounce the latter or vote against it at the United Nations over its actions in Ukraine.

“France and India expressed their deep concern over the humanitarian crisis and the ongoing conflict in Ukraine,” said the joint statement after both the leaders met in Paris for talks and a working dinner.

“Both countries unequivocally condemned the fact that civilians have been killed in Ukraine, and called for an immediate cessation of hostilities in order for the two sides to come together to promote dialogue and diplomacy, and to put an immediate end to the suffering of the people.”

Meanwhile, only France condemned the Russian forces’ illegal and unjustified aggression against Ukraine.

Modi also invited Macron to visit India to strengthen cooperation on defense technology. Both also embraced each other and posed for a photograph.