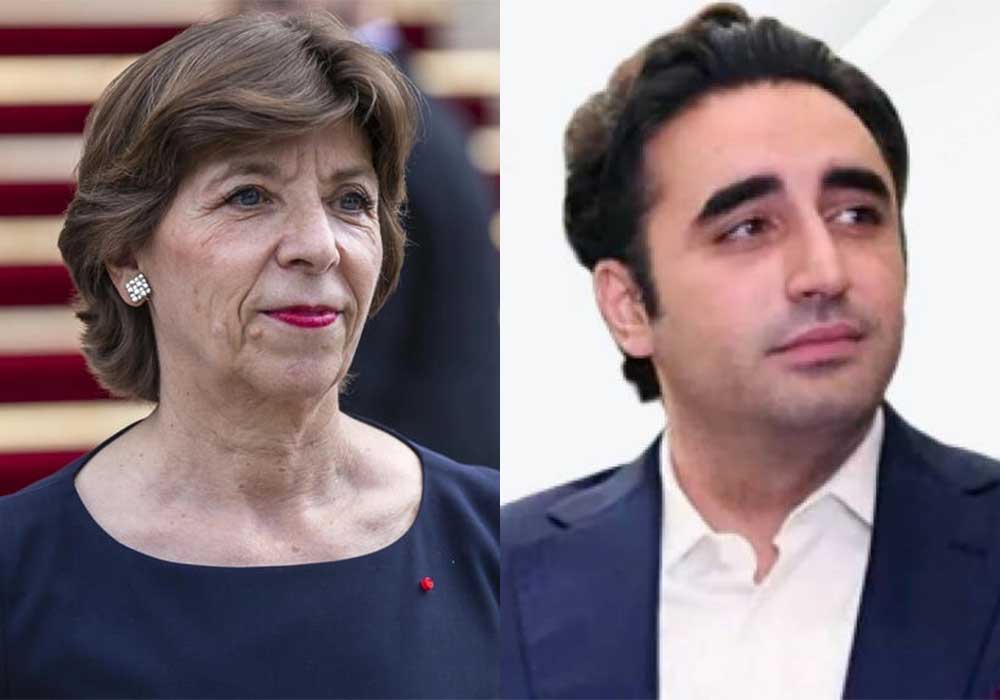 He briefed his french counterpart on the widespread destruction caused across Pakistan by unprecedented rainfall resulting in floods and landslides. Bilawal Bhutto also informed that the floods have caused extensive loss of human lives, livelihoods, livestock, crops, property and infrastructure and the situation is likely to deteriorate further. He said that the heavy rains continue in areas that are already inundated with water caused by more than two months of storms and flooding.

Foreign Minister Bilawal Bhutto apprised the French foreign minister of government’s humanitarian response for people in the affected areas, including establishing a Relief Fund for people all over the country and overseas to donate to the flood relief efforts.

The two ministers also exchanged views on reinvigorating and strengthening the bilateral relations in areas of mutual interest.