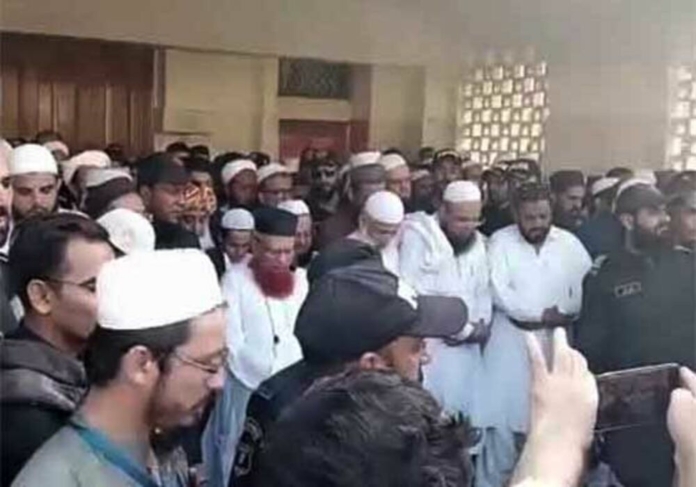 The funeral prayer was attended by Governor Sindh Kamran Tissori, JUI-F Chief Maulana Fazlur Rehman, and prominent religious and social personalities, along with the general public.

Mufti Rafi Usmani was 86 years old and was president of Jamia Dar-ul-Uloom Karachi.

Mufti Rafi Usmani has authored a large number of books in Urdu as well as some notable treatises in Arabic. He was recognized for his knowledge of Fiqh, Hadith, and Tafsir. He was the brother of another notable Islamic scholar Muhammad Taqi Usmani.

Mufti Rafi Usmani had in-depth knowledge of Islam. He was also a member of the Jamiat ul-Ulama USA.

Mufti Rafi Usmani was widely available on the internet for his various lectures. He especially raised his voice for clearing peoples’ minds regarding Jihad.

He believed that Islam was absolutely clear on the issue of Jihad. He used to say that two wrongs could not make a right. He said that if you feel that the US or the UK was killing innocent civilians in Iraq or Afghanistan even then it did not give you the right to kill innocent citizens.