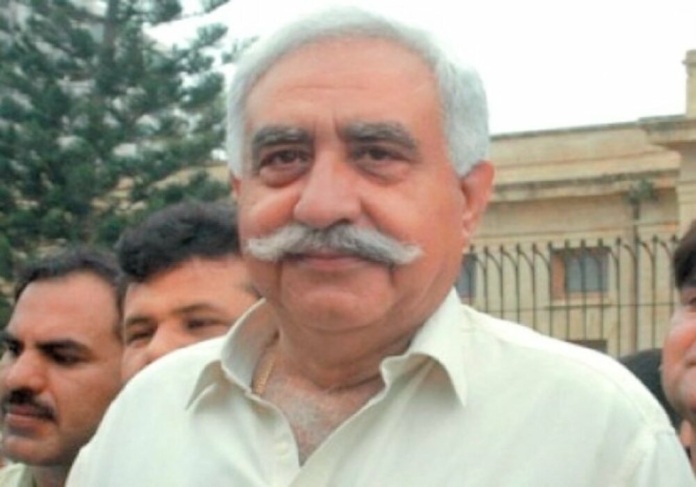 A key leader of the Grand Democratic Alliance (GDA) and former Sindh minister Irfanullah Marwat on Wednesday claimed that the top GDA leadership had decided to part ways with the PTI due to its anti-army and anti-establishment stance and open threats.

Marwat called on Sindh Governor Mohammad Kamran Tessori at the Governor’s House, Karachi and then speaking to the media he announced that they had decided in principle to part their ways with Imran-led PTI. He claimed that enough was enough and they no longer wanted to support PTI. He said that first they were not given the due importance by Imran Khan and were sidelined despite being key partners in government when he was still in power.

Marwat went on to accuse PTI leadership, including Senator Azam Swati, for his “baseless” accusations against the serving army officials and then the outburst by Imran Khan himself against the chiefs of armed forces. He said that a formal announcement to officially part ways with PTI as an ally would be made by the chief of GDA Pir Sahab Pagara within the next few days. He added that they decided to have a “political divorce” with such people defaming state institutions for their political agenda. He said that all key leaders of GDA would be taken into confidence by Pir Pagara, who had also held two productive meetings with the Sindh governor in recent days.

The governor speaking briefly to the media persons revealed that with his efforts the top PPP leadership had agreed to appoint a new administrator from MQM-P leaders who would soon replace Murtaza Wahab Siddiqui. Despite repeated attempts, no key GDA leader, including its parliamentary leader in Sindh Assembly Barrister Hasnain Mirza and others, could be contacted for their version regarding the claims made by Marwat.