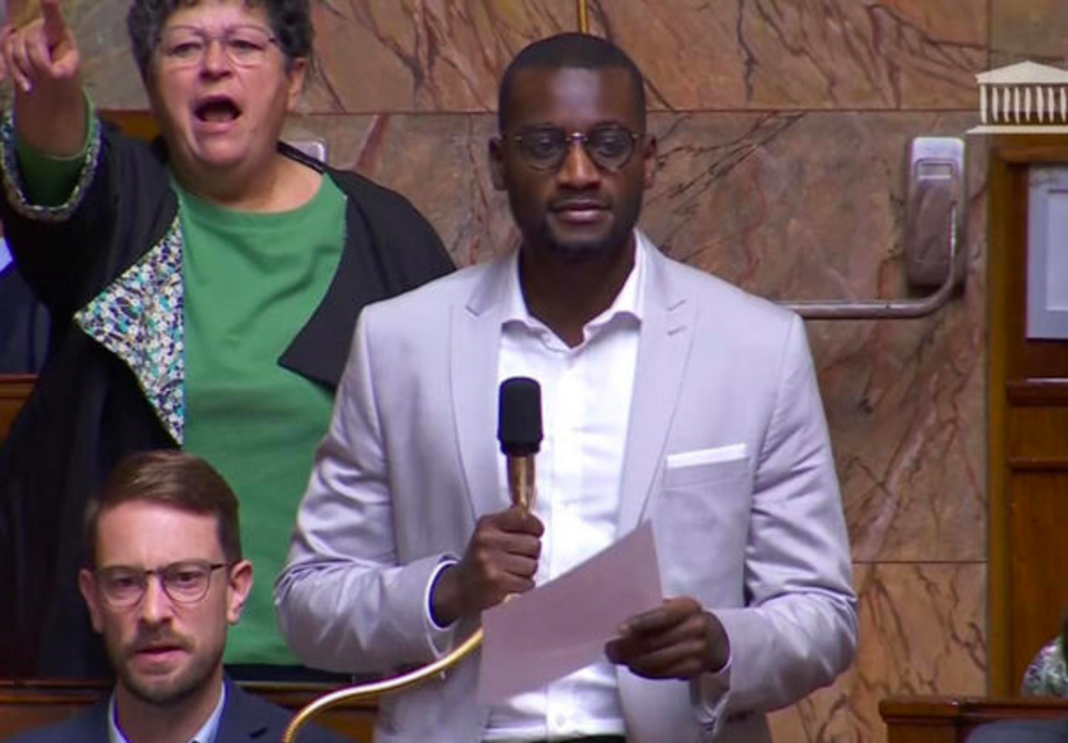 Go back to Africa, a rightwing French lawmaker shouts at a black lawmaker during live parliamentary session of parliament.

Bilongo was speaking on the matter of cooperation with European Union countries especially Italy when Fournas shouted the comment.

The session was immediately suspended by the President of the National Assembly, Yael Braun Pivet; while Bilongo and his party had called the shouting a racist and personal attack.

The members of Fournas’ party had maintained that the shout was in fact for the migrants under discussion but a debate started after the incident. The toughest punishment of expulsion has been demanded by far-left France unbowed group.

Bilongo has said, “Today, some people once again put my skin colour at the centre of a debate. I’m born in France and I am a French lawmaker and I didn’t think that today I will be insulted at the National Assembly,”

De Fournas has said that he was referring to the boat and migrants who were obviously not his colleagues.