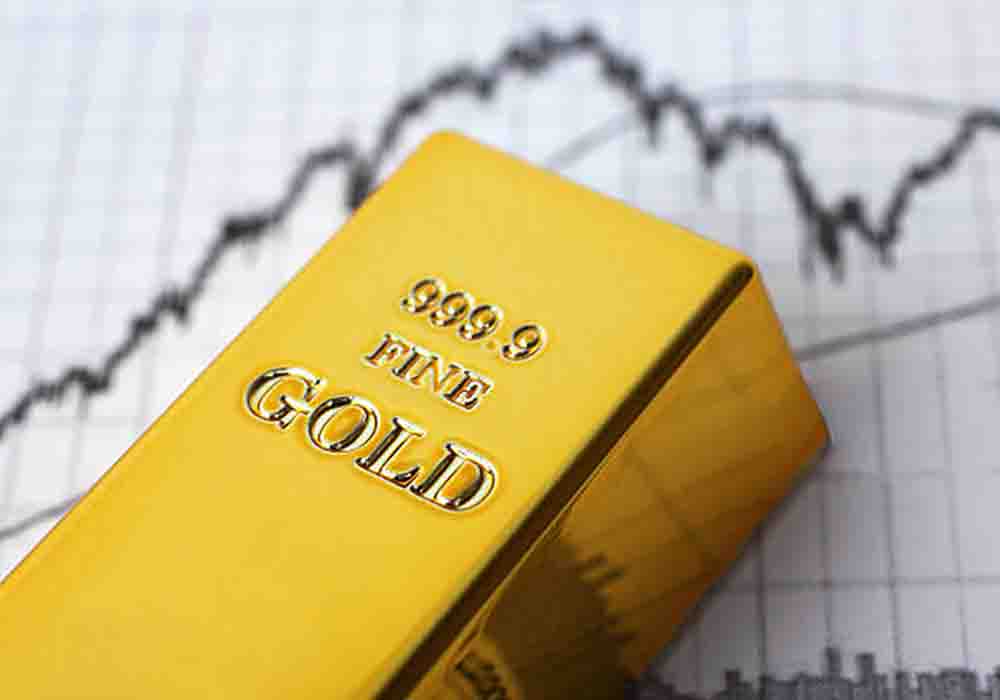 International gold prices surged 0.76 per cent on Friday to brace for the biggest weekly jump in six weeks. Gold in the international market was available at $1,813.90 per ounce after gaining $13.60 at 1605 hours GMT, mainly due to downbeat US Treasury yields. Gold gained some follow-through traction for the second day following Wednesday’s recovery move after the Federal Reserve said it will end its stimulus bond-buying programme more quickly amid a rising threat from inflation, but keep interest rates at zero until labour market conditions improve further.

The price of 10 grams of yellow metal in Pakistan, meanwhile, surged to Rs103,800 after gaining Rs1,700. Local prices witnessed a relatively higher jump than the international prices as fluctuation in international prices occurred at a time when local markets were closed as well as the rupee depreciated against the US dollar during the day.

From a technical perspective, any subsequent move up is likely to confront stiff resistance near a technically significant 200-day SMA. The mentioned barrier, around the $1,815 region, was the top mark in October and late November. A sustained strength beyond the confluence hurdle should pave the way to the $1,834 level comprising the July and September highs. staff report