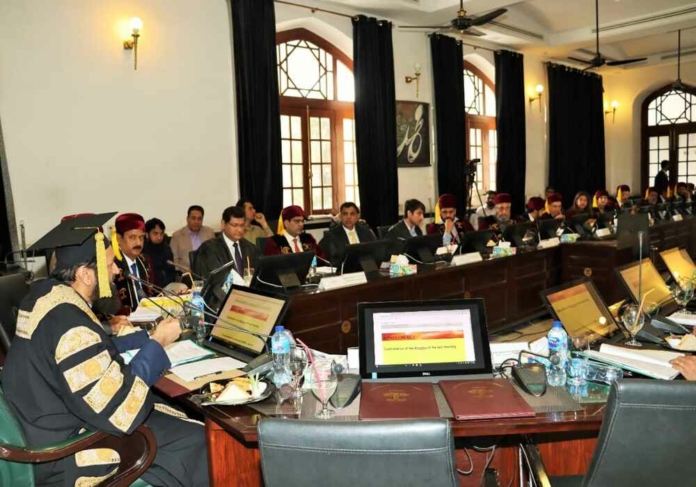 Addressing the convocation, Governor Punjab Muhammad Balighur Rehman said that King Edward Medical University is a great educational institution and has always played a key role in the development of medical education. He said that it is also commendable that the teachers and Students continued their journey of education without compromising on quality even during the corona pandemic. He said that during that time, telemedicine centers were also established, which played a very important role during the Corona pandemic.

He urged the students to become a good doctor as well as a good human being, adding he said, your good character will determine success in this world and hereafter. He said that as Chancellor solving the problems related to the universities is his top priority basis. Governor Punjab said that no student should be deprived of education due to financial problems and such students should be helped through educational scholarships.

He said that an endowment fund of Rs5 billion should be established in King Edward Medical University with the donation of alumni, the amount of which should be spent on infrastructure to be used for research, development and building  and upgrading laboratories. He said that the main purpose of universities is to conduct research and the students should make research a feature of their lives in every case.

Governor Punjab said that it is everyone’s right to protest peacefully but always keep in mind that the patients don’t suffer  and do not block the roads, so as not to cause inconvenience to the public.

Governor Punjab Muhammad Balighur Rehman distributed medals and degrees to the students while presenting a cheque of one lakh rupees to Dr. Sara Mohsin, who got first position in all subjects and got 20 medals on the behalf of the university. Degrees were given to more than 300 students in the convocation, including 331 MBBS students and 77 post-graduate students, while more than 17 medals were awarded to post-graduate and MBBS students who secured the highest positions.