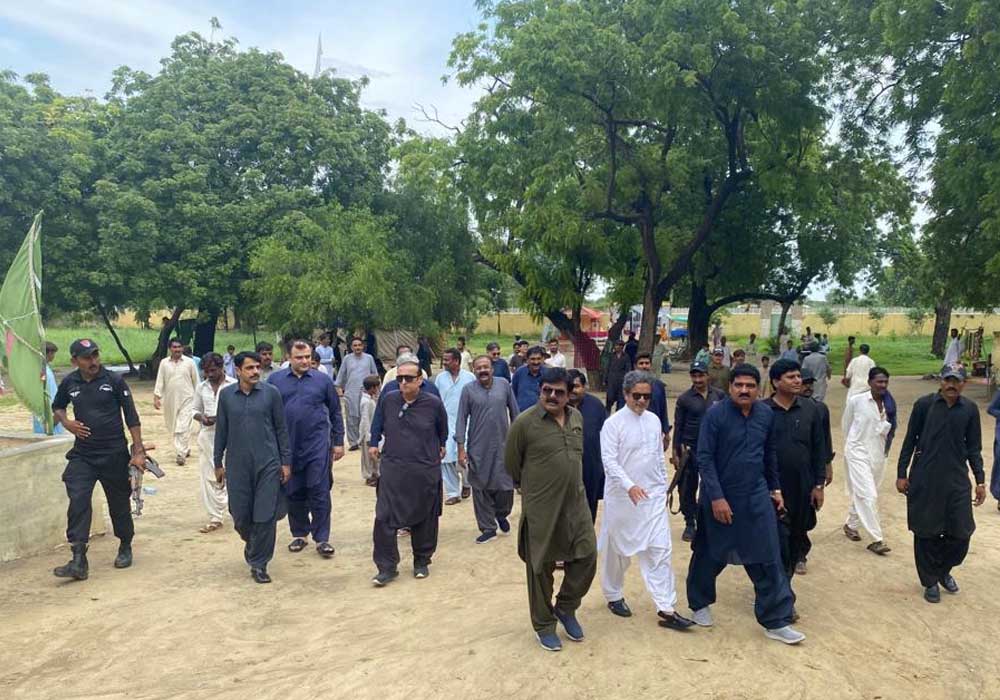 Sindh Minister for Culture, Tourism, and Education Syed Sardar Ai Shah has said that the provincial government was fully committed to promoting tourism in hilly areas of Nagarparkar and other parts of Tharparkar by providing more facilities to tourists and picnickers.

Shah on Sunday visited Karoonjhar hills during the heavy downpours to enjoy the rainy weather and natural beauty of the site.

Speaking to the media, the minister said that more and more facilities were being provided to visitors in the hilly areas. “We have already opened a beautiful resort near the hilly town in a beautiful location and more such projects are in the pipeline so that seasonal tourism in Thar could be encouraged and promoted,” he added.

A centre for archaeological research and another resort with modern facilities are also being constructed in Nagarparkar, he said. He added that he had always tried to save Karoonjhar hills from all types of extraction and damage.

“The leadership of PPP believes in protecting such sites and promoting healthy activities so that people can get maximum benefits by effectively displaying their culture,” he maintained.

He said that with his sincere efforts they had constructed a museum and other structures after the names of eminent freedom fighter Roolpo Kolhi and Thari philanthropist Miskeen Jahan Khan Khoso.

He hoped that high-ups of the Sindh government would again approach the concerned high-ups of border security forces so that they could install a small chair lift at the hilltops of Karoonjhar. He said that he was delighted to have enjoyed the heavy rainfall.

He said that the Sindh government had already carried out mega projects of construction of small dams to store rainwater, which brought an agricultural revolution in the region

“More projects are being undertaken to promote culture, heritage and historical perspective of the region so that more and more people from different parts of the world could have easy access to the sites,” he said, adding that a Sawan Festival being organised by Hakro Literary Forum would be a great initiative by local activists in the first week of September.

Shah said that Thar, which had hit headlines due to deaths and drought, needed such events so that its beautiful aspects could be shown to the world.