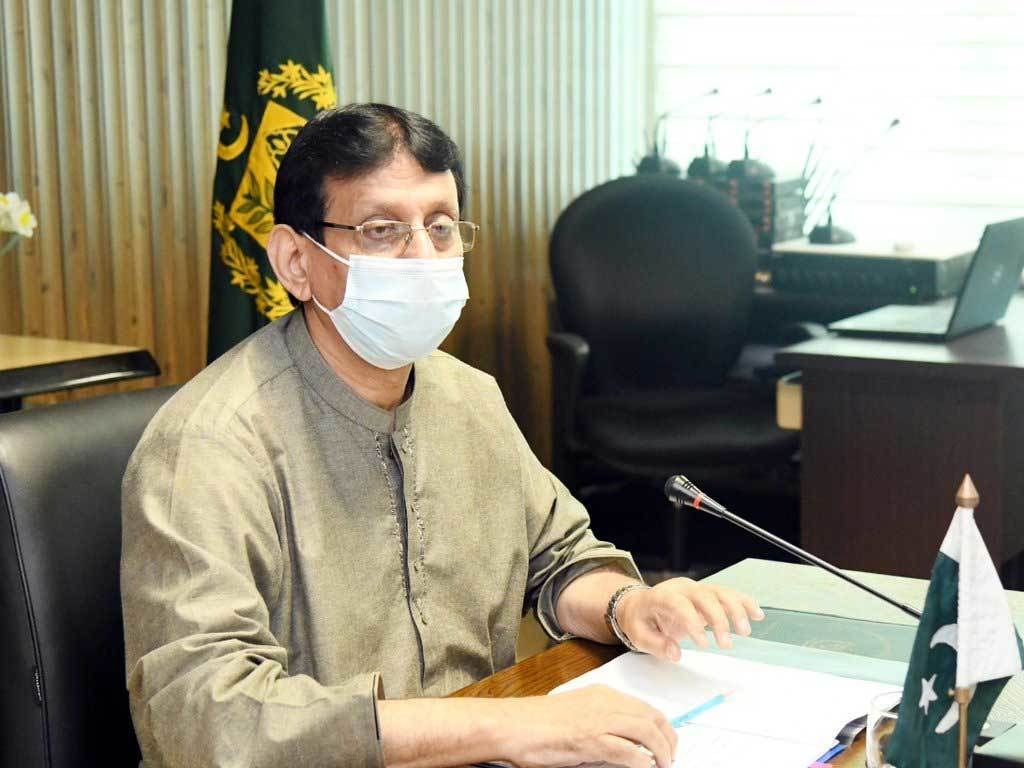 Federal Minister for IT and Telecommunication Syed Amin Ul Haque has said the government is committed to reducing digital divide between rural and urban communities and focuses on youth empowerment and gender equality.

The minister said this while addressing the Digital Cooperation Organisation (DCO) virtual meeting. He said that the government has brought many reforms for creating a better environment for tech-based businesses in the country. Due to the effective policies of the present government, Pakistan witnessed landmark achievements in the ICT sector in recent years, he added.

“Digital Cooperation Organisation has emerged as one of the most promising collaborative forums to promote digital partnerships among like-minded countries”, he said. “Being a founding member of DCO, the government of Pakistan fully endorses that DCO is actively pursuing its vision of achieving social prosperity and growth of the digital economy by unifying efforts to advance the digital transformation agenda and promote common interests of the member states”, he said.

Haque highlighted the efforts of Pakistan towards digitisation and said that under the visionary leadership of Prime Minister Imran Khan, Pakistan has re-energised its digital transformation journey with the launch of Digital Pakistan that aims to enhance connectivity, improve digital infrastructure, increase investment in digital skills, promote innovation, and technology entrepreneurship.

He mentioned that Pakistan has been named one of the fastest growing economies in Asia in Mckinsey & Co’s latest report on the Pakistani ecosystem. During the fiscal year 2020-21, Pakistan’s IT exports increased 47.4 percent and crossed the $ 2 billion mark for the first time in the country’s history.

He maintained that the World Economic Forum (WEF) ranked Pakistan among the best countries in terms of the affordability of ICT services, while according to the latest ILO report, Pakistan has been as the 2nd largest supplier of online labour in software development and technology.

He said that Pakistan substantially improved its position in the World Bank’s Ease of Doing Business report. The minister said that the government has a vision of accelerated digitisation and transformation of Pakistan into a knowledge-based economy to spur economic growth through innovation and entrepreneurship.

He said the Ministry of IT & Telecom, launched a programme to build a network of national incubation centres. It has successfully established 5 National Incubation Centers (NIC) in the federal capital and all provincial capitals of the country, inducting 440+ promising Startups.

“A strategic plan and roadmap for 5G technology in Pakistan is also being formulated keeping in view the aspects of spectrum management, infrastructure development, review of telecom regulations and 5G applications/use cases,” he added.

Haque further said that the DCO provides an ideal platform for Pakistan and other countries to learn from one another by working together and collaborating at the regional level, which has significant impact across the globe.

The Digital Cooperation Organisation held a forum along-side the UN General Assembly, inviting the Ministers from all the 7 member Countries. The aim of the event was to discuss the role of the DCO in building an inclusive digital age within which more nations can prosper. Ministers from all 7 Founder Member Countries Bahrain, Jordan, Kuwait, Nigeria Oman and Saudi Arabia including Pakistan attended the meeting while Ms. Maria-Francesca Spatolisano, Assistant Secretary General for Policy Coordination and Inter-Agency Affairs of UN also joined the session.