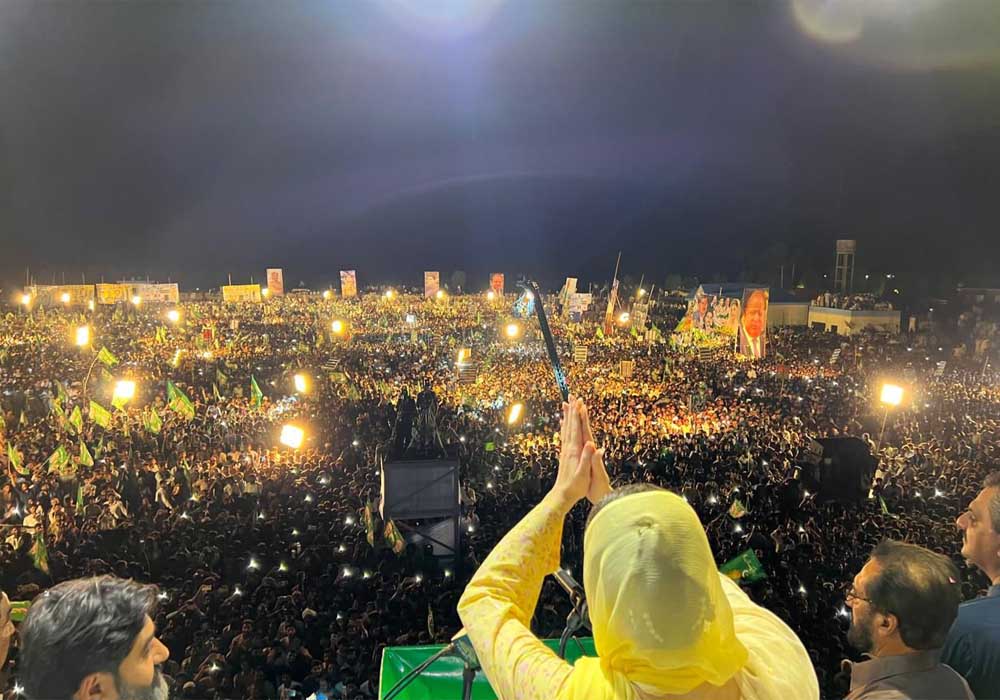 Pakistan Muslim League-Nawaz (PML-N) Vice President Maryam Nawaz claimed on Wednesday that the petrol and diesel prices will come down in the next 24 to 48 hours.

Addressing a rally in Layyah on Wednesday ahead of July 17 by-elections in Punjab, Maryam said that Bani Gala had become a “money gala” during the rule of former prime minister and Pakistan Tehreek-e-Insaf (PTI) chief Imran Khan.

She said that her party will defeat incompetence, inflation and corruption, and claimed the PML-N has already won. “Imran Khan is the biggest plan of destruction of Punjab, while Nawaz Sharif started projects for the prosperity of the country. The lion’s fight is with corruption, incompetence and unemployment,” she said, adding that July 17 is the main battle with Punjab’s enemy Imran Khan.

The PML-N vice president said that Prime Minister Shehbaz Sharif will announce a reduction in petroleum products within 24 to 48 hours. “We made some difficult decisions but now good times are coming. In the next 24 to 48 hours, petrol and diesel prices will be reduced,” she said while addressing the public gathering.

Maryam said that Hamza Shehbaz had also made an announcement, giving relief to the people of Punjab by providing free electricity for up to 100 units. However, she added, former prime minister Imran Khan approached the court to stop the relief. “If not today but after July 17, people of Punjab will avail this relief,” she added.

The PML-N leader said that Imran Khan never reduced petrol and diesel prices during his entire four-year tenure except for one time when he knew his rule was going to be over soon. Saying that the hard times were over and good news will come soon, Maryam said that now inflation will be put in reverse gear and progress will go into fifth gear in the province.