Helicopter that wasted flour bags for flood affectees was ours, Balochistan government admits 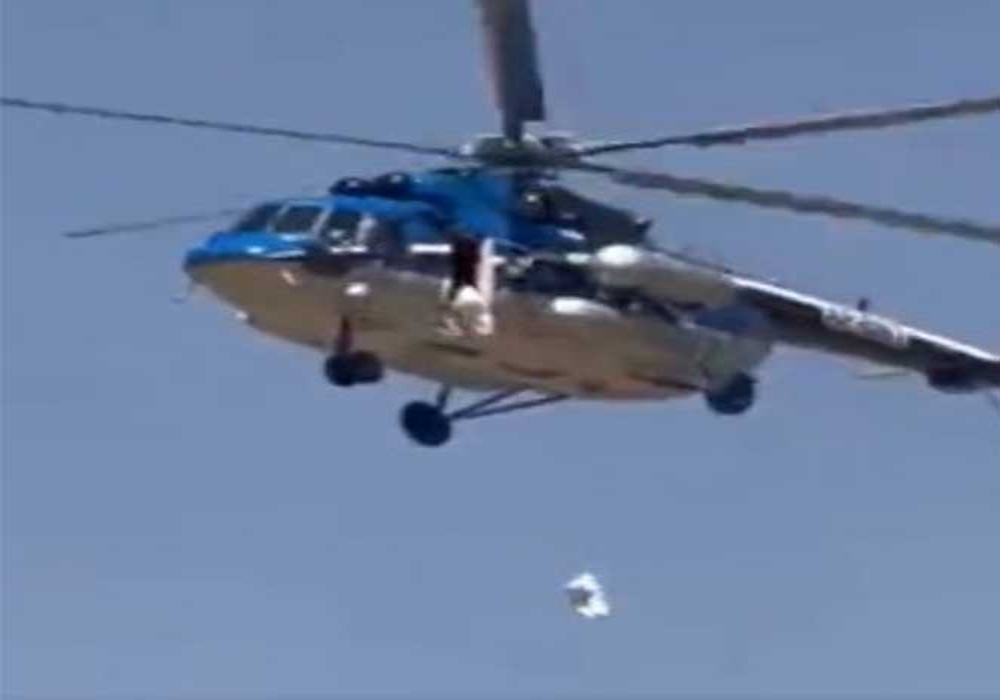 Balochistan government has admitted that the helicopter that had wasted flour bags for flood affectees was theirs.

In a statement, Chief Secretary of Balochistan Abdul Aziz Uaqili said that the helicopter of the provincial government was trying to drop relief supplies but he was forced to drop them from a great height because of not able to find any safe spot to land.

The statement said, “We do not deny that a few bags dropped from the helicopter were wasted during one of the sorties in the area, as it was a difficult mountainous area and there was no place to land.”

According to the chief secretary, the pilot was summoned after the video had gone viral when he was dropping relief goods in Quetta’s outskirts area Hanna Urak.

The pilot admitted that a few bags had been dropped from a great height had maintained that because of the difficult mountainous area it was difficult to land or fly low, according to the secretary.

He also said that the pilot had returned to the same area where he dropped the relief goods safely by bringing the chopper down and hovering in position.

According to a media report, the chief pilot of provincial government’s chopper has said that the chopper had been under use for relief operations from the very first day and had been carrying out two to three trips on daily basis.