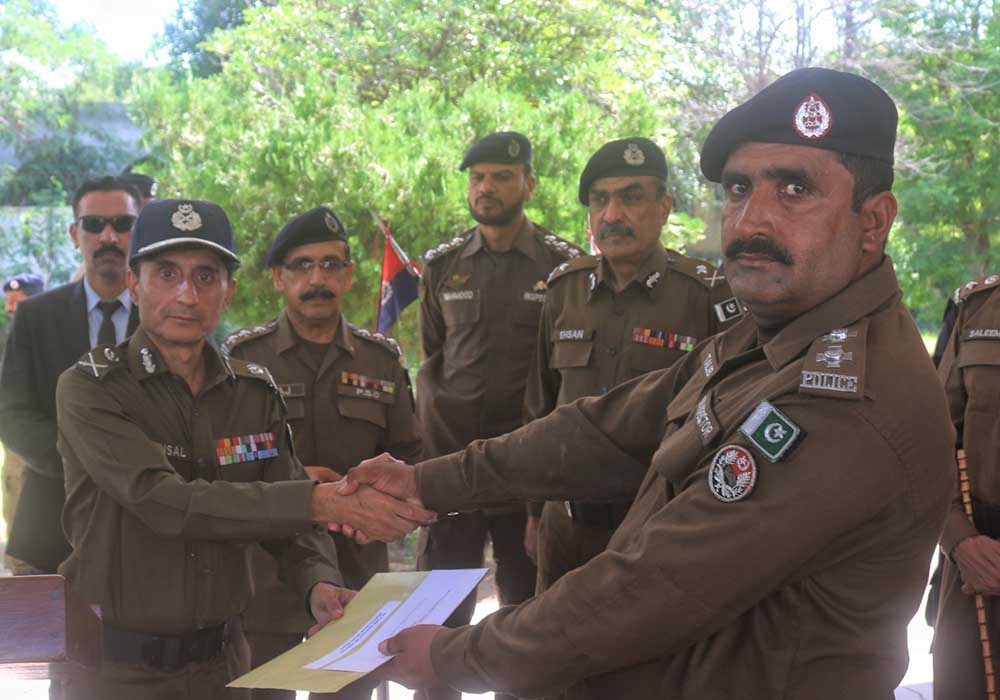 Inspector General Police Punjab Faisal Shahkar has said that Pakistan is currently facing the worst flood in history, helping and rehabilitating the victims is a national and moral responsibility of all of us.

He expressed these views while addressing officials on the occasion of a visit to the flood affected areas in Dera Ghazi Khan on Tuesday.

IG Punjab said that the Punjab Police is ensuring the use of all resources for the relief and rehabilitation of the flood victims in difficult times and is working side by side with other district and government institutions to help, protect and provide facilities to the flood affected citizens.

He further said 20,600 flood victims and more than 6,000 cattle have been moved to safe places and rescue and relief work will continue in the affected areas. “The police teams deployed at the river check posts are on alert and all the police motorboats are engaged in assisting the victims and providing relief work,” he added.

IG Punjab while congratulating the police officials, who performed well in the rescue work during the flood, said that they should devote themselves to the spirit of service and leave no stone unturned in serving and helping the victims.

IG Punjab about relief operations and the devastation caused by floods in the low-lying areas and the latest situation. IG Punjab met flood victims, also distributed ration bags on behalf of Punjab Police. IG Punjab distributed certificates of appreciation to the police officials who served the public with excellent field work during the floods at the RPO office. Additional IG South Punjab, RPO DG Khan and DPO DG Khan and other officers were also present on this occasion.